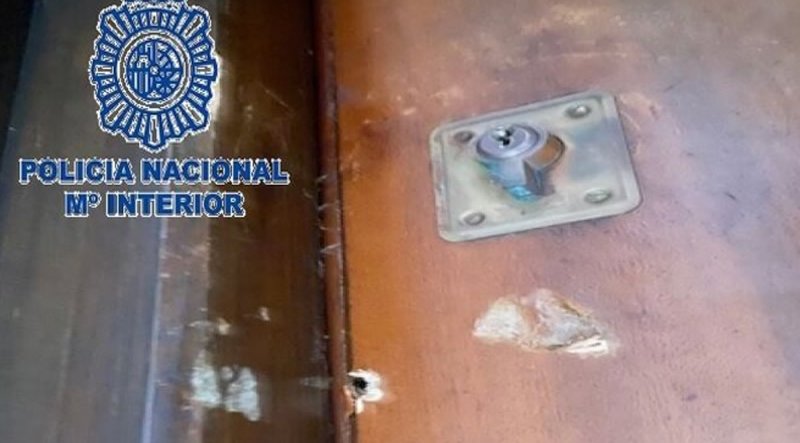 National Police officers in Malaga’s Costa del Sol resort of Fuengirola arrested a 50-year-old man last Monday 18, for alleged hate crimes, threats, and damages, against his neighbour in the building. It was also noted that this same neighbour had previously threatened the victim with a fishing rifle.
According to a statement from the force, the victim was inside his apartment when he heard a hammering sound on his front door. When he looked out through the peephole he saw his neighbour outside in the hallway, in the process of driving screws from his door into the doorframe.
This was clearly being done in such a way that it would prevent him from opening the door, thus locking him inside. All the while he was screwing the door, the neighbour was allegedly shouting insults of a homophobic nature at his victim.
The victim called the emergency services and a patrol from the Local Police responded immediately. Upon arrival, they established that the neighbour had indeed screwed the front door to the door frame. The policemen subsequently removed the screws from the door and released the man from his apartment.

This was apparently not the first incident with the neighbour

While denouncing his neighbour at the police station, the victim pointed out that this was not the first incident during which he had suffered homophobic threats and attempts at humiliation from his neighbour. He told how the neighbour had threatened him with a fishing rifle, whilst at the same time, making direct insults about his homosexual nature.
A report on the incident has been sent to Fuengirola’s Court of Instruction No2, and also to the Provincial Delegate Prosecutor’s Office against Hate Crimes and Discrimination, as reported by malagahoy.es.