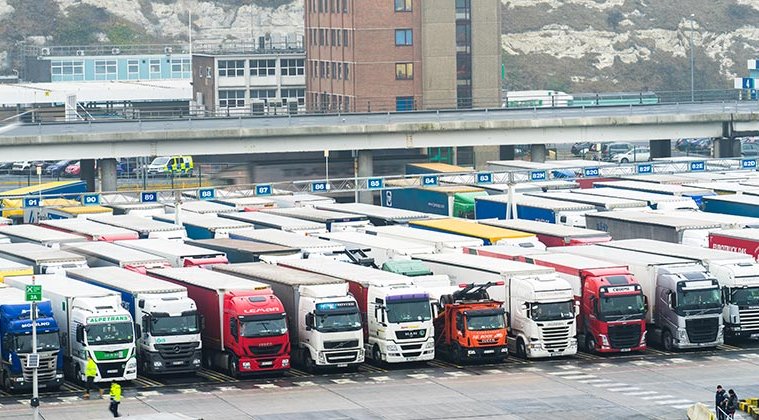 OH how the UK remoaners would just love to blame Brexit for the nations present transportation predicaments. Unfortunately for the left wing propaganda machine, the main reasons for the hold up of goods in ports and places of entry in the UK are not due to Britain’s exit from the strangle hold of the creaking EU, but mainly due to the global supply chain snarl up of all deliveries and supplies.

The whole of Europe, and now even the Americans are basically in the same laden boat. Just wondering what the stockpiling of turkeys and Christmas pud is going to look like! Don’t worry about ‘saving Christmas’; if the wokers have their way even the term itself will soon be a distant memory.

Think it’ll never happen? Ha! Did you ever foresee that our young children would be taught by morons, who would tell them that if they wished they could choose from no less than 175 genders? Have no doubt, with the help of the UK’s leftist and biased media, these idiots are actually managing to take over.

Gird your loins for yet more looney woke directives. Loughborough School has now ordered the words ‘good’ and ‘bad’ to be removed from the classroom vocabulary. They are to be replaced by the words ‘skilled’ and ‘unskilled’. So committing any wrongdoing is now actually not classed as bad, its being unskilled – Whaaa? This ludicrous ruling has been implemented by the school head to ‘take the emotional heat out of managing discipline’. You really couldn’t make it up.

There is also a current John Lewis ad on TV which depicts a boy of around nine or 10 twizzling effeminately around wearing a dress, smearing on make-up and throwing various objects, and coloured liquid all over the furniture. And do you know what the commercial is for? Wait for it. Not cleaning substances.

Not boy’s frocks. Not out of control youngsters, it’s actually for home insurance! What a great; typical woke message, that particular commercial delivers to our children. Innocents, now being deprived of their childhood, who will probably grow up as one of the most confused generations the civilised world has ever seen.

And finally, in the light of the tragic murder of Sir David Amess, what the pussy footing media has naturally failed to mention, is that Sir David was against many aspects of immigration. These included his opposition to giving asylum seekers permission to work if a decision on their application took over six months. Restricting support available to failed asylum seekers and illegal immigrants and a large number of other government immigration measures he disagreed with.

His death was not incomprehensible at all. It was a deliberate planned terrorist assassination – whatever the ‘trying to make sense of it all’ slant the pathetic authorities try to put on it. Before unrestricted mass immigration, these incidents simply never took place. The authorities weak, woke, and appeasing attitude, coupled with the usual inanities from the UK’s utterly useless Home Secretary, will one day be the death of us all.