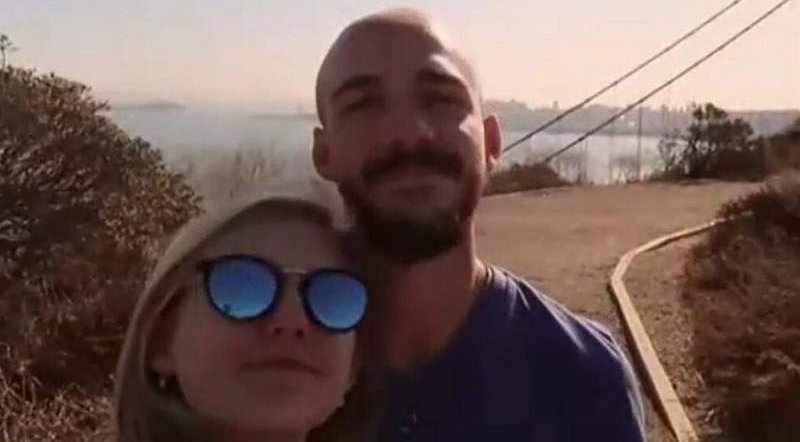 Police out searching for ‘person of interest’ Brain Laundrie have found human remains in a Florida park, at a location his family told them to look around. Police want to speak to Laundrie in connection with the fatal strangulation of his fiancee Gabby Petito whose body was discovered last month. She was found in the midst of huge press interest in the case after going missing on the ‘trip of a lifetime’ with Laundrie in their converted van.

Investigators found a notebook and backpack belonging to Laundrie near the suspected remains. These items were all found while searching the Carlton Reserve in North Port according to FBI Special Agent In Charge Michael McPherson.

The discovery occurred on Wednesday, October 20, when law enforcement went to search an area that had just recently been underwater. As soon as it reopened to the public the search began. “It’s quite sad, you can imagine as a parent, finding your son’s belongings alongside some remains. That’s got to be heartbreaking. And I can tell you that they are heartbroken” said the family’s attorney, Steven Bertolino.

The Lee County sheriff said police had been searching in ‘chest high’ water full of snakes and alligators. He added: “These are very, very difficult conditions. You’re searching in areas that you just can’t walk up and look. It’s not like you’re searching a house or a car”. “These areas are huge and they’re covered by water.” Officers have been searching for over a month for the 23-year-old man. He has not been seen since September 13.

Laundrie has not been charged with Gabby Petito’s death, although he has been indicted for allegedly using two financial accounts that did not belong to him in the days after her killing. He returned from their trip alone and refused to cooperate with the missing person investigation before disappearing.