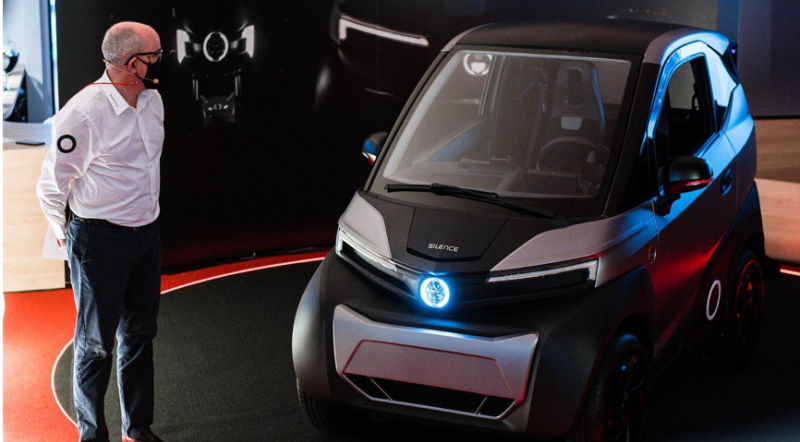 ANOTHER selection of recent financial news in brief from UK and Spain compiled for you by Euro Weekly News.

UNTIL now, Silence, a subsidiary of Acciona has specialised in the production of electric scooters (like motorbikes) but is now turning its attention to the launch of its first two-seater electric mini car aimed at urban driving and will also set up battery rental stations.

The UK has agreed another free trade deal, this time with New Zealand which it says will benefit consumers and businesses although Government figures show that current exports to that country are well below 1 per cent although imports are much higher.

THE chip crisis which has affected so many companies throughout the world, especially those in car manufacturing, computer production and mobile phones has probably bottomed out according to the CEO of Intel but will not return to normal for at least a year he believes.

TO celebrate 50 years of trading in Spain, Thermomix has opened a pop-up restaurant in Madrid where visitors can pass through five rooms each representing a typical Spanish dining room by decade and taste 10 dishes created using recipes created by the Thermomix robot.

THE world’s first green savings bonds are being launched in the UK by the British Government through the National Savings & Investments web site so that when you save, the money you invest contributes towards public spending and will help finance green projects.

THE ever-expanding Spanish telecommunications company Avatel which specialises in supplying telephone and broadband lines to small towns and rural communities but is now moving into sales of electricity and home alarms is looking to invite significant investment from a third party which can add value.

LEADING rail company ILSA will start its operations in the second half of 2022 and will connect Madrid, Barcelona, Valencia, Alicante, Seville, Malaga and Córdoba with a fleet made up of mainly recyclable materials which has been built in Japan by Hitachi Rail.

€1.646 billion is the amount that the US lift makers the Otis Elevator Company group is prepared to spend to take over 49.99 per cent it does not own of Spanish based Zardoya Otis.

Thank you for reading ‘Another selection of recent financial news in brief from UK and Spain’ and remember that all articles produced by Euro Weekly News may be accessed free of charge.