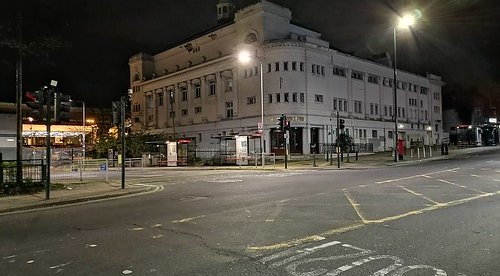 Golders Green Hippodrome in north London has been bought by an international megachurch whose founder has been accused of covering up child sexual abuse. This development has come after a heated campaign by some locals to prevent an Islamic centre from opening up at the site.

The megachurch Hillsong, which boasts 150,000 members across the globe, plans to hold Sunday services in the theatre. They currently have 12 branches in the UK and operate in 30 different countries. Until earlier this year, the pop star Justin Bieber was a member of their congregation.

The Grade II-listed Hippodrome has hosted many stars since it was constructed in 1913. The auditorium has 3,000 seats within it and has hosted Marlene Dietrich, Vera Lynn, and Status Quo amongst hundreds of others. Since 2017 the site has been owned by Markaz El Tathgheef El Eslami (Centre for Islamic Enlightening). They bought it for £5.25m and had plans for conferences, English-language classes, after school clubs and prayers.

The original reasoning behind the residents’ rejection of the plans was due to traffic congestion. However, some people went further with their comments, giving the impression that a Muslim presence in the area would be ‘undesirable’. Alan Jacobs, of the Golders Green Residents Environment Group, said: “For the vast majority of local residents this was never about the user but the use”. The group led the campaign against the mosque plan, stating that the hours applied were too long and would cause congestion.

The local community was further divided by the plans. Golders Green has a large Jewish population and one objection lodged with the council claimed: “This is going to force the Jewish population to run away, and make this beautiful neighbourhood too crowded with loads of burqas and veils”. Local Rabbis have condemned this and similar comments as “threatening and misleading”.

HIllsong’s founder, Brian Houston, was charged last August over claims he concealed alleged sexual abuse committed by his late father, Frank Houston in the 1970s. He has denied all allegations.