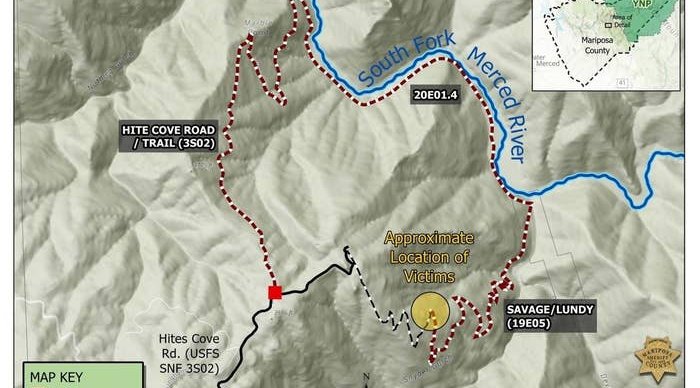 On August 17, the bodies of a young hiking family were found on a hiking trail in central California. The tragic deaths of Ellen Chung, John Gerrish, their 1-year-old daughter Miju and the family dog Oski left investigators with a huge mystery. There were no obvious signs of trauma, no wounds and no other indications that anyone else had been involved at all.

The Sheriff’s Office in Mariposa had to go through many theories to find out what the cause of death could be. They slowly ticked off many different versions of the story, some were run of the mill, some more outlandish. Lightning strikes, poisonous mining gas, and murder-suicide were all looked into before they found out the cause. The family had died of excessive heat.

Hyperthermia is the less common opposite illness to hypothermia. It is an abnormally high body temperature that happens when environmental factors cause the body’s cooling mechanisms to shut off. It leads to overheating and dehydration, which is what ultimately lead to the untimely deaths of the young hiking family. The dog’s cause of death is still being investigated but is thought to be the same.

“This is an unfortunate and tragic event due to the weather”, said Sheriff Jeremy Briese. The family had been reported missing on August 16 after British-born Gerrish didn’t log in at his new job at Snapchat. A nanny was due to look after the daughter Miju but when they arrived, nobody answered the door. The couple had only moved to the area during the pandemic to ensure they had more space for their daughter to grow up in.

They were discovered at about 11 a.m. on a section of trails roughly 3km from their truck. It is thought they left for the hike on August 15 and had walked more than five miles before being overcome by the heat.