Another Olympic athlete killed in sad day for sport 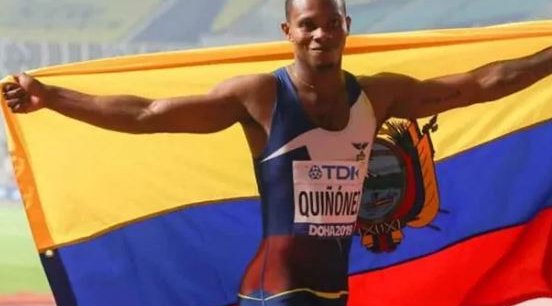 Ecuadorian Alex Quiñónez, a finalist in the 200 metres at the 2012 Summer Olympics, was fatally shot on Friday, October 22 in the port city of Guayaquil where he lived. The reasons for the shooting are still unknown. He becomes the second Olympic athlete killed in as many weeks, following the murder of Agnes Tirop who was stabbed to death at her home in Kenya.

The death of Quiñónez was confirmed on Twitter by Roberto Ibáñez, president of the Guayas Sports Federation. In the tweet, he expressed the immense pain caused by the killing. He wrote: “My heart is totally shattered, I can’t find words to describe the emptiness I feel. I can’t believe it, we are going to continue living so much evil and insecurity. Rest in peace dear Alex I will miss you all my life.” The evil and insecurity he mentions are in reference to the rising crime in the city where the event happened.

It is according to unofficial sources that Quiñónez and his friend, Jojairo Arcalla, were shot dead by unknown persons in an area known as Colinas de la Florida in Guayaquil. The country of Ecuador is currently on the fourth day of a state of emergency declared by the country’s president, Guillermo Lasso. This was instigated to try and stop the increase in crime.

The Ministry of Sports called Quiñónez “the best sprinter in the history of our country” and extended its condolences to the athlete’s family and friends. With records of 10.09 seconds in the 100 meters and 19.87 in the 200, Quiñónez has been the best Ecuadorian in the discipline and reached fifth place in the Diamond League in 2019, when he also reached third place in that year’s World Athletics Championships in Doha. His record includes a series of trophies as champion in Pan American, Latin American, South American and Bolivarian games, among others.