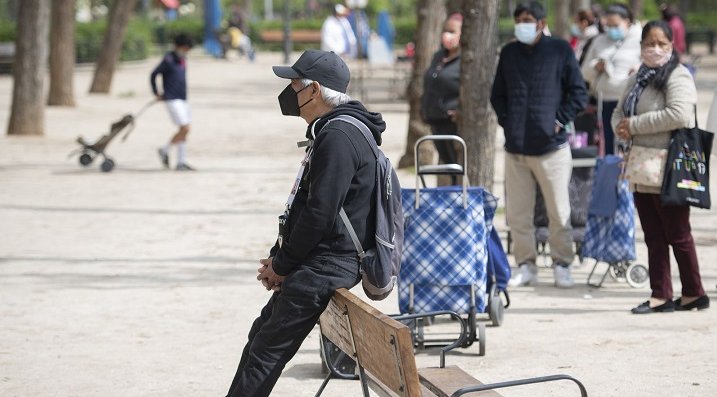 The Covid pandemic caused a 23% increase in Spanish poverty, according to a new study.

The Covid pandemic and Spanish poverty

The coronavirus pandemic triggered an increase in the poverty rate in Spain at the end of 2020, according to various economic indicators and studies such as the INE, the CIS, La Caixa Foundation and the report of the European Network to Fight Poverty (EAPN-ES).

One piece of information revealed that in just one year there was a doubling of households that had difficulties in meeting daily expenses. Another distressing fact showed that more than three million people in Spain cannot afford to eat meat, chicken or fish every two days, or keep the house at the right temperature or do not have the funds to face unforeseen expenses.
The collapse of the Gross Domestic Product (GDP)  down to-10.8%, and the thousands of dismissals and business bankruptcies dragged many Spaniards to an impoverishment of their quality of life.
Poverty rates could ease in 2021 and 2022, when the Bank of Spain forecasts GDP growth of 6.3% and 5.9%, respectively. But, what is certain is that 2020, the most intense of the pandemic, was dramatic for thousands of Spanish households, with many continuing to suffer. More than 3 million people in Spain are known to be in a situation of serious vulnerability.
According to a survey of living conditions of the year 2020 by the National Institute of Statistics (INE), 10.0% of people stated that they reached the end of the month with great difficulty, 12.8% arrived with difficulty and 22.3% with some difficulty.
In total, 45.1% of Spaniards said they had difficulties making ends meet last year.
According to the study ‘Gap between rich and poor’, commissioned by the La Caixa Foundation, “the X-ray of poverty and social exclusion in Spain shows a strong increase in people who find themselves in this situation, both after the financial crisis of 2008 as after the covid-19 pandemic. 25.5% of the Spanish population is in this situation.”
In addition, according to the report, due to the impact of covid-19, “poverty in Spain increased by almost 23% last year.”

21% of Spaniards now live below the poverty line

According to the La Caixa Foundation report, the 2020 data shows that 21% of the population lives below the poverty line: 0.3 points more than in 2019. Spain occupies the fifth position among the EU countries that pose a higher risk of poverty or social exclusion.

According to Oxfam Intermón, there are a million more people living in poverty after covid-19, reaching 10.9 million in 2020.

10% of Spaniards have many difficulties making ends meet, a figure that increases in the Autonomous Communities in the south of the country. In the Canary Islands, 15.6% of the population has great difficulties in facing payments for food, water supplies, electricity, gas, insurance, mortgages or rent.

These communities are followed by (perhaps surprisingly, considering the tourist element) Andalucia (14.8%), Extremadura (12.7%), Murcia (11.2%) and the Valencian Community (10.7%), according to the INE’s Living Conditions Survey at the end of 2020.