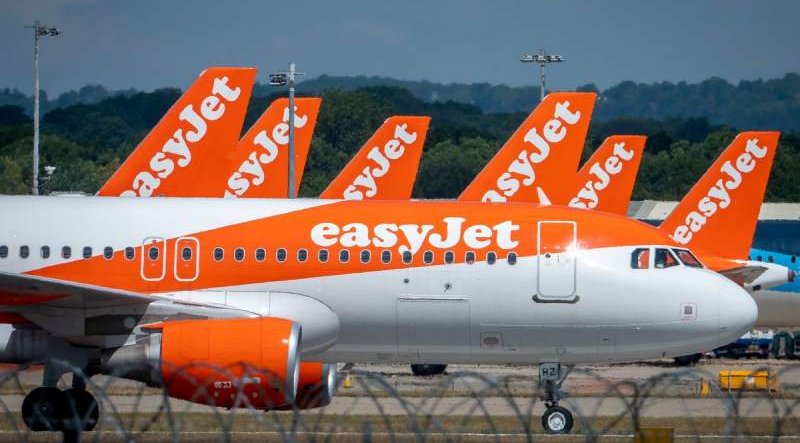 A group of women were left stranded in Morocco after EasyJet cancelled their flights.

A group of 20 women said they were “left to sort ourselves out” when EasyJet cancelled their flight back from Morocco, leaving them stranded.

The group of women were on a ladies’ health retreat when EasyJet cancelled all flights from Morocco when the country imposed a UK travel ban, leaving them stranded.

They had been trekking in the Atlas Mountains when they heard of the travel ban.

The group were scheduled to fly out after the restriction which was imposed on Wednesday, October 20, in a response to the UK’s rising Covid rates.

EasyJet had apparently been given permission by the Moroccan government to fly to the UK for repatriation purposes, however, the group turned up at Marrakech Airport and found their flight had been cancelled.

Mrs Killick, a women’s health coach who had been presenting to the group, said: “As we were coming down the mountain one of our group received a text message telling us that flights were being suspended from midnight and we were told to stay in place and await instructions.”

“Yesterday around 6pm we were told that our easyJet flights were all going ahead as planned. We turned up at the airport extra early in case there was chaos to find all the flights had been cancelled, with no easyJet staff anywhere, and were told to stand to one side.”

“Eventually a scrappy piece of paper was sellotaped to the wall with an EasyJet phone number.”

“I rang, but they had no information. They offered me a refund or a voucher, which was no good helping me to get home. Eventually, we got emails telling us to make our own arrangements.”

Mrs Killick from Cambridgeshire had flown from Luton to Marrakech on Monday for the retreat and was due to return on flight EZY8896 at midday yesterday, October 22.

When that flight was cancelled, she was told she could go to Gatwick later in the day. However, when that too was cancelled she booked to fly home to the UK via a Ryanair flight to Madrid.

EasyJet then informed the other women in the group that the flight to Luton was not cancelled, however, there was still confusion.

Speaking from the Marrakech Airport, she said: “We were told to make our arrangements. That was how it was left and it was our only option.”

“We’d already booked onto our flights and made hotel arrangements when we were told another flight would be going to Luton.”

“The board is showing it as cancelled. I’m glad I stuck to my plan or I’d be doubly up the creek and I’d have been stuck in Morocco.”

“The lack of timely information from easyJet has been appalling, being left to sort ourselves out was disgusting.”

Even though a screen at Marrakech Airport showed the flight as cancelled, the website was listing it as due to arrive on time.

EasyJet says that customers were immediately notified of cancellations and their options for returning to the UK.

They also claim to have set up a helpline for its team to arrange complimentary hotel stays or rearrange flights for free.

A spokesperson said: “Following the immediate suspension of flying between the UK and Morocco this week, we received confirmation from the Moroccan authorities last night that we were permitted to operate our scheduled flights to the UK over the coming days.”

“This morning, however, Moroccan air traffic authorities refused entry into Moroccan airspace and as a result, our flights due to bring customers back to London Gatwick and Manchester had to return to the UK and were cancelled.”

“We worked with the authorities to get this urgently resolved and have now confirmed we can operate our scheduled flights to London Luton this evening and over the coming days.”

“Any affected customers have been able to transfer their flights free of charge and while our team spoke to Ms Killick to assist her in transferring her flight, we understand she chose not to.”

“While this was outside of our control, we are very sorry for the inconvenience customers will have experienced and thank them for their patience and understanding.”