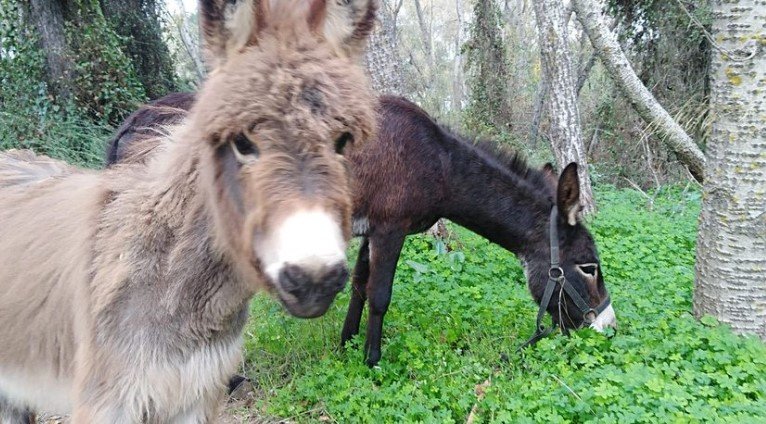 Last August, in the Natural Park of the Desert of Las Palmas de Castellon, the Department of Agriculture, Rural Development, Climate Emergency, and Ecological Transition, experimented with what they considered to be a great new idea.

Their initiative was to use animals to help prevent forest fires. The program consisted of gathering animals such as donkeys and setting them loose in the natural park. By feeding on the plants in the forested area, eventually, the animals should, in theory, clean away anything that could fuel a fire.

On August 4, a total of 52 donkeys from Grau de Castellon, arrived at the place around the hermitage of Les Santes, from where they were taken into the parklands. The experience lasted barely two months, with the program ending this October, according to Ministry spokesman, “as it was not working”.

The reason for the failure of the program – the death of 10 of the donkeys.

This was something that was unknown until a resident of Cabanes raised the alarm by posting on social networks. Groups such as Gecen (Group for the Study and Conservation of Natural Spaces), were immediately incensed when they found out. They denounced the opacity of the Department in this regard and demanded accountability for their negligence in the management of this program.

Gecen spokesman Paco Gonzalez explained, “Up to now, the only thing that the Ministry has said is that they have opened a file, but we demand responsibility, because the mortality of these animals has not been due to a specific event, nor has it been due to a supervening situation, because there are photographs of some famished specimens and that is not a day”.

“We are not against this type of project for the management of vegetation and the prevention of fires with donkeys, horses, or cows, as is being done in other territories. More, in the way in which the monitoring and its negligent management have been carried out”, added Gonzalez.

Mireia Molla, from the Ministry, explained that this initiative was started by the nature park itself, “like other similar ones that are being developed in many other parts of the world, using animals in order to clean the bush of scrub and fuel”, before adding, “with a farmer, who is the owner of the animals, who transferred them to a private plot whose owner authorised its use”.

Sources from the Regional Ministry acknowledged to Las Provincias that it had soon become clear that “the experience was not working, and at the beginning of October we received the alert that the animals were not in the conditions in which they should be”. Faced with this situation, “the farmer was asked to remove the animals”.

Once that order was transmitted and the initiative closed, the Ministry decided on Tuesday, October 19, “to open a file to clarify what had happened, because it is something really unusual that in so few weeks these animals have had these problems”.

The administration clearly does not want to speculate on the cause or responsibility of what happened, since, they explain, the file instructors must now, “talk with the parties, and determine exactly what happened with the animals, and with the experience”.