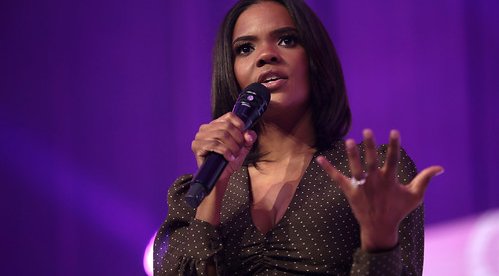 Well known conservative commentator Candace Owens has told her viewers she thinks Australia is a ‘tyrannical police state’ and the US military should be deployed to free its ‘oppressed people’. She also drew comparisons to Hitler, Stalin, and the Taliban.

Owens has her own self titled television show on the Daily Wire channel in the US. She is an American author and political commentator and, after being originally critical of Donald Trump, she later become known for her pro-Trump activism as a black woman.

She asked the viewers on her show “When do we deploy troops to Australia? When do we invade Australia and free an oppressed people who are suffering under a totalitarian regime? When do we spend trillions of dollars to spread democracy in Australia?” She added that she posed her questions ‘in jest’, but only due to ‘already knowing the answer’. She suggests that Covid-19 had pushed the planet into an “ideological and psychological” war. She continued “When do we deploy? Of course, I ask that in jest because we all know the real answer. What is happening in Australia under the guise of a virus … is federal overreach, tyranny, totalitarianism – the kind that gives birth to evil dictatorships and human atrocities. “We are watching a replay of the early ambitions of Joseph Stalin, Adolf Hitler, Fidel Castro, Hugo Chávez.”

US right-wing commentators have been pushing the idea of Australians being coerced into extreme measures by an ‘out of control’ state for some time now. US Republican Senator Ted Cruz called their Covid policies “disgraceful and sad”. However, the public health measures taken by the different levels of government have been supported by the large majority of the population. They have also been successful with much lower incidences of cases and deaths, especially when compared to the US numbers.