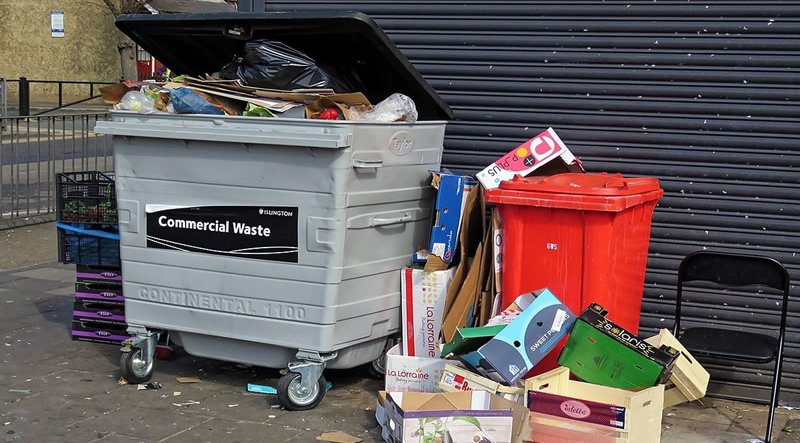 The recent crisis surrounding the lack of HGV drivers is likely to have a detrimental effect on bin collection services during the Christmas period in Britain. This is shown in the latest figures revealed by the Local Government Association workforce survey. More than 50 per cent of the councils around England and Wales that responded to the survey are reportedly already suffering a shortage of staff.

With a shortage of drivers in the country, many are reportedly quitting their council jobs to take higher paid work in the food supply industry, where they can earn as much as £40,000 annually, as opposed to the £25,000 they make operating the bin lorries. This can lead to a serious problem for local councils if they don’t have enough drivers to man the dustbin collection lorries.

This scenario is already occurring in some parts of the UK, with residents in many towns reporting rubbish collections being delayed, or suspended. Driver shortages have led to overflowing rubbish containers as more council drivers go in search of better jobs.

According to the executive director of the Environmental Services Association, Jacob Hayler – who represents the UK’s waste management industry – right now, there is a 15 per cent vacancy rate in the waste contractor sector. Mr Hayler has urged the Government to speed up the rate of HGV lorry driving tests to avoid a crisis at Christmas.

“The UK is short of more than 100,000 HGV drivers, resulting in disrupted collections that will only come under greater pressure as we near Christmas – when waste volumes typically rise by 30%”, he stressed.

Stephen Atkinson, leader of Ribble Valley council in Lancashire is just one who spoke out, confirming that they lost six of their thirteen drivers last week. “We are maintaining a full service, but are seeing a huge turnover in drivers”, he said.

“There has always been a risk of drivers being poached, but we’ve never seen anything like this. We’re also having to collect more waste because of people working at home”, commented Alistair Dewhirst, deputy leader of Teignbridge council in south Devon. His department is short of eleven drivers in its usual team of 52.

The story is the same in many counties, where garden waste services have already been suspended. Waste collections in the North London borough of Haringey are likely to be delayed by as much as 72 hours, “Due to the effects national HGV driver shortages have on our operations”, said a council spokesperson.

Other London borough councils have apparently told residents that they will “Get to you as soon as we can”, blaming severe driver shortages for waste collection.

An initiative by Amey and Veolia, two of the biggest council waste services contractors involves offering a £1,500 bonus to drivers who are recruited for their waste collection services.

“The shortage of heavy goods drivers is having a profound impact. If you’re a driver you can go to the highest bidder and that is often the supermarket hauliers. It’s driving up costs for everyone”, is what Simon Ellin, chief executive of the Recycling Association had to say, as reported by theguardian.com.