British scientists photograph a giant owl not seen in 150 years 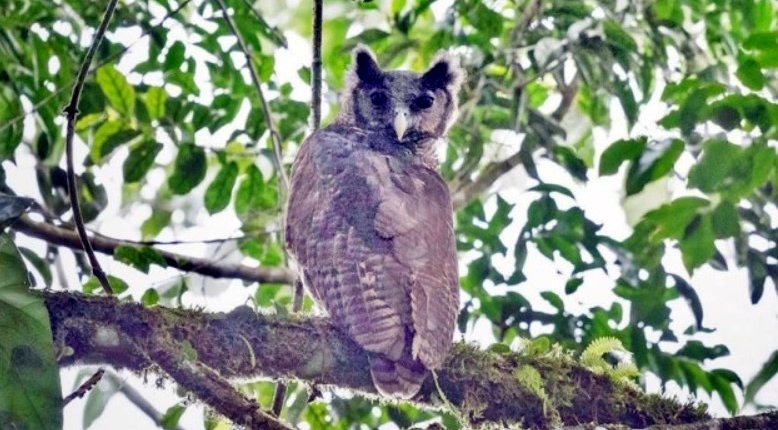 A pair of British scientists working in Ghana have made what has been described by ecologists as a “sensational discovery”. On October 16, Dr Robert Williams, an ecologist from Somerset, and Dr Joseph Tobias, of the Department of Life Sciences at Imperial College London, photographed a species of Shelley’s Eagle Owl.

The last confirmed sightings are from the 1870s, which means it has been around 150 years since one of these giant owls was last seen in its natural environment. They are native to the African rainforests, and the pair of scientists were lucky enough to observe this magnificent bird while it was on its daytime roost. 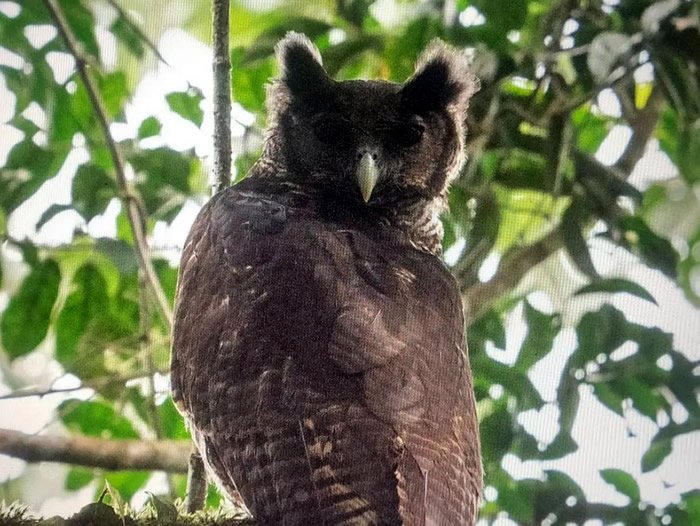 Recognisable by its distinctive black eyes, yellow bill, and general overall huge size, they only had the bird in their view for around 15 seconds before it was gone. Despite this, they still managed to snap photos that later verified it really was a species of Shelley’s Eagle Owl.

As Dr Tobais explained, “It was so large, at first we thought it was an eagle. Luckily, it perched on a low branch, and when we lifted our binoculars our jaws dropped. There is no other owl in Africa’s rainforests that big”, speaking of a bird that is officially listed as being at risk of extinction.

There have been several unconfirmed sightings of this rare species over the last few decades, in central and western Africa, but now there is photographic evidence.

Richard Bowdler Sharpe, obtained the first specimen of this giant owl back in 1872, from a hunter in Ghana. At that time, he was curator of the bird collection at the Natural History Museum in London.

“This is a sensational discovery. We’ve been searching for this mysterious bird for years in the western lowlands, so to find it here in ridgetop forests of the eastern region is a huge surprise”, remarked Dr Nathaniel Annorbah, of the University of Environment and Sustainable Development, Ghana, as reported by independent.co.uk.