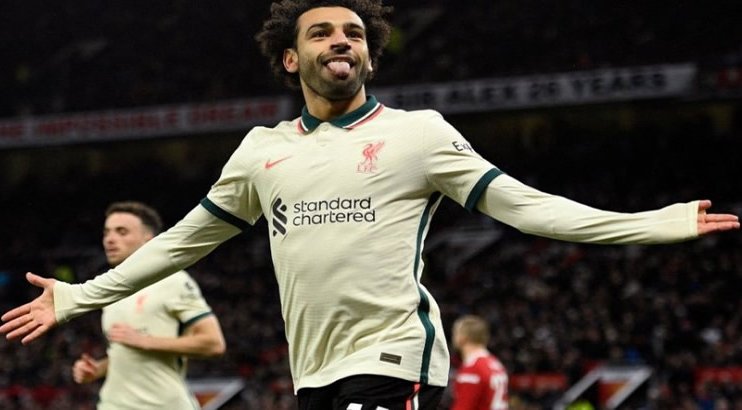 Liverpool versus Manchester United has always been one of the greatest rivalries in the Premier League. Before their meeting at Old Trafford today, Sunday, October 24, both teams were pushing for that top spot in the table, hoping to climb above Chelsea.

What transpired though was the most humiliating defeat suffered at Old Trafford since neighbours City humbled them 6-1 back on Sunday, October 23, 2011, almost exactly ten years to the day.

If manager Ole Gunnar Solskjaer was under pressure before this match, then heaven knows what must be going on behind the scenes at this legendary club this evening.

Mo Salah became the highest-scoring African player in Premiership history as he notched yet another hat-trick. This was the tenth match in a row that the lethal striker has found the back of the net.

This very mediocre United side was no match for Jurgen Klopp‘s rampant team, who have now notched 13 goals in their last five outings. At this rate, a formidable Liverpool team are going to take a lot of stopping, with probably only two other sides capable of getting anywhere near them.

It took five minutes for the rout to begin, as Naby Keita scored, in front of the famed Stretford End, put through by Mo Salah. Eight minutes later it was Trent Alexander-Arnold setting up Diogo Jota for an easy finish.

Salah got on the scoresheet in the 38th minute when he connected perfectly with Naby Keita’s cross, smashing the ball past David DeGea. Remarkably, just before the break, he was on hand again to gran his second, sending his team in 4-0 ahead at what used to be a fortress.

Loud jeers rang out from the United fans at halftime, with many even vacating their seats and leaving the stadium. Solskjaer sent Paul Pogba on the second 45 minutes, a move that he would come to regret.

Jordan Henderson’s superb ball to Salah completed his hat trick, and Liverpool’s fifth, on 50 minutes. Pogba then saw a straight red in the 60th minute for his awful challenge on Keita, which saw the midfielder stretchered off the pitch.

Cristiano Ronaldo was lucky not to be following Pogba down the tunnel when he reacted badly to a challenge from Curtis Jones. All-in-all, this was a defensive disaster by United, totally ripped apart by Liverpool. By the time the final whistle sounded, huge sections of the stadium were deserted.