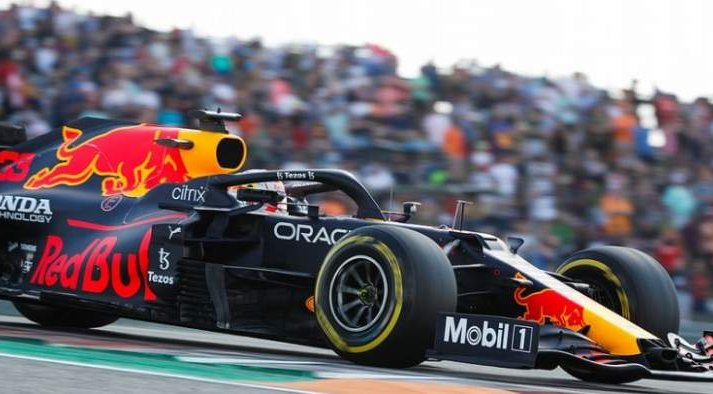 Max Verstappen clinches pole position for the US Grand Prix

Max Verstappen will start in pole position for the US Grand Prix later today, Sunday, October 24, at the Circuit of the Americas, in Austin, Texas. An incredible final lap in the Q3 session saw the Dutch driver place his Red Bull ahead of Lewis Hamilton‘s Mercedes.

A lead that had leapfrogged back and forth throughout the final session eventually saw Verstappen squeeze ahead of the British seven-time world champion by just 0.209 seconds. The other Red Bull of a very strong Sergio Perez will start from third place on the grid. Hamilton’s teammate Valtteri Bottas had taken fourth before a grid penalty demoted him down to ninth.

Bottas’ drop means that Ferrari’s Charles Leclerc will replace him on the second row. Carlos Sainz in the other Ferrari has the third row behind his teammate. A pair of McLarens head up the next two positions, with Daniel Ricciardo and Lando Norris.

In quite a reversal of weather conditions compared to the last few races in Europe, the drivers basked in temperatures above 30C. A packed house of 120,000 racing fans cheered them on right through the day.

The sight of a Red Bull taking pole position must have come as a complete shock to everybody, as the Mercedes cars had been quickest all weekend. Hamilton said after the session, “I gave it everything. It was a bit of a struggle through qualifying. From first practice onwards, we fell back a little bit, and those guys were incredibly quick in qualifying. I was happy with my last lap. That was pretty much as much as we had”.

Verstappen was very contented with his performance, “In Q3, my first lap wasn’t amazing but in the final lap it starting spitting, like a little drizzle in the last sector especially, so I was not sure if I was going to hang onto my lap time, but it was enough. P1 and P3 for the team was a strong performance”.