Rocking out for charity at Costa del Sol concert 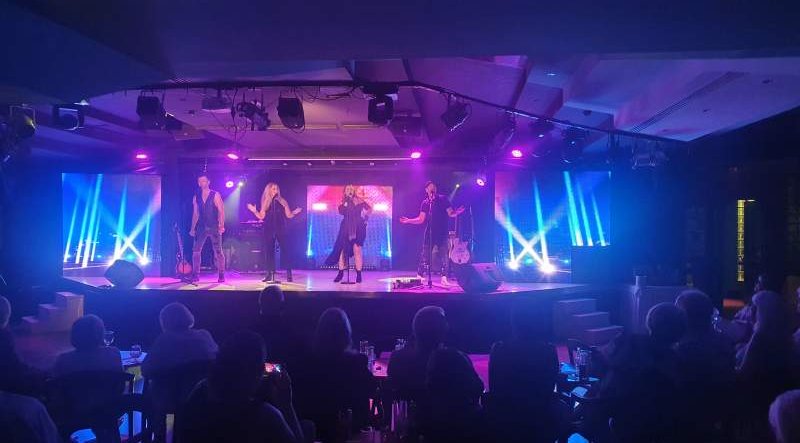 COSTA DEL SOL band Rock of the Ages performed a charity concert in aid of Collective Calling on Saturday, October 23 at the Sunset Beach Club in Benalmadena.

Raising more than €1600 for the charity which helps children and families in poverty in both Spain and Tanzania, Rock of the Ages performed at the concert alongside Costa del Sol legend Ricky Lavazza at the hotel´s stunning Moonlight Bar.
The event began with songs by Lavazza who entertained the around 150 guests before he introduced rock band Rock of the Ages, who performed classic hits from the likes of Bon Jovi and Foreigner.
Revellers were up and dancing to band members Ollie Hughes, Lucy Pardoe, Craig Norris and Ruth Norris, before the band took to the stage to thank the Euro Weekly News for hiring the venue to raise funds for Collective Calling.
Raising even more money, Ricky Lavazza also presented a raffle with some spectacular prizes from generous local businesses, including an €100 voucher for Marbella restaurant La Scala.
Explaining why the band were performing for free to support the charity, Lucy Pardoe of Rock of the Ages told the EWN: “During lockdown we were helping different charities and someone suggested Collective Calling.
“We thought they did so much good work and with the recent fires they’ve been so helpful and we wanted to do something for them.”
Fellow singer Ollie Hughes added: “People have been so generous some great raffle prizes.
“It’s amazing what they do. They’ve also been doing loads in food banks on the Costa del Sol.”
Ricky Lavazza also told the EWN why he was getting involved with the charity.
He said: “This is my first time performing for Collective Calling.  I do other charity work and have been on the coast for 16 years but Collective Calling does such a good job helping those who need it most.
“We can all give a little to people who need it more.”
Rock of the Ages are now selling tickets for a recording of the concert to raise even more money for Collective Calling.  Tickets, priced €4, are available at https://link.dice.fm/txBT3X4rbkb for the concert on Wednesday, October 27 at 8pm.