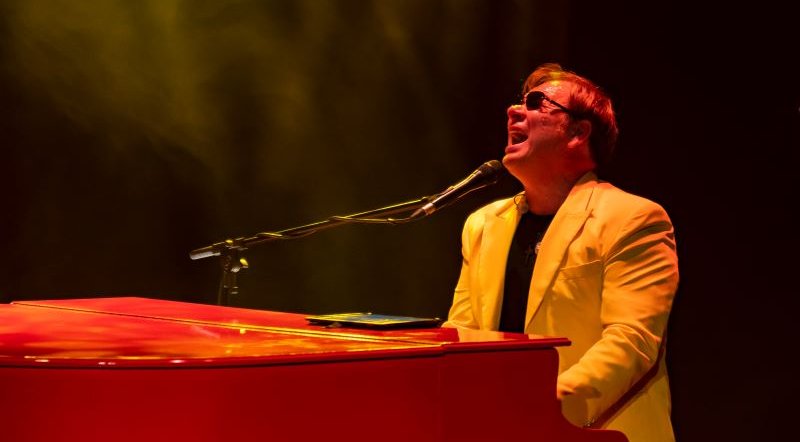 EXCLUSIVE INTERVIEW with Marbella’s Piano Man Paul Maxwel who has announced that he has left Joys Live after eight rewarding years.
“I loved every minute of Joys but having has to spend so much time at home with the family during lockdown and the pandemic, I realised I needed to protect that precious time.
“Trying to get back into the routine of performing until the very early morning and then spending so much time asleep when the family were up and about just took it out of me” he explained.
Then added “I don’t regret it for a minute as I met and also worked with so many great people, but the time came to look to the future.”
“The Elton John Experience with the Malaga Symphony Orchestra was so exciting and made me realise that I can tour internationally, in fact my next major event is to bring it to the Ukraine and present the show in Odessa backed by the Ukraine Symphony Orchestra.”
Prior to that, Paul releases his Christmas single, Christmas at Home on December 2 which is available on all major platforms and is putting the finishing touches to his new album which is due for release in 2022.
In fact, he is currently recharging his batteries whilst preparing to put all of his energy into a number of projects in 2022 which will include the launch of the Red Piano tour which sees Paul performing a selection of numbers from some of his favourite artists.
Paul will still be running his events company Show4U Entertainment which brought the Bootleg Beatles over for Starlite this year in a joint venture with Festival of Legends and promoted the Elton John Experience in the Marbella Arena.
Commenting on how much he enjoys living here, Paul said “Whilst I expect to be travelling a lot more and performing at larger international venues with both the Elton John Experience and Red Piano show, I won’t forget the Costa del Sol where I have spent so long playing and expect to still put on some local events and performances”
Thank you for reading ‘Exclusive Interview with Marbella’s Piano Man Paul Maxwel’ and remember that all articles produced by Euro Weekly News may be accessed free of charge.