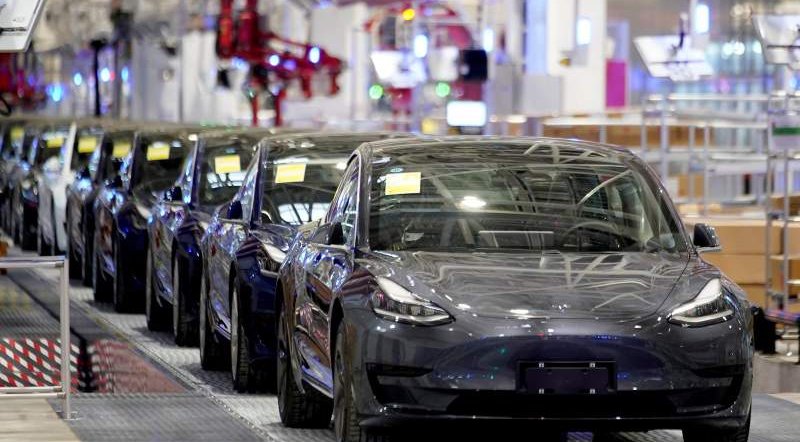 Hertz car rental US has announced a record purchase of 100,000 Tesla electric vehicles.

Tesla shares soared on Monday, October 25 on the stock market after news broke of a massive order for 100,000 of its cars by Hertz, one of the worlds leading car rental companies. It is the largest purchase of electric vehicles to date, amounting to $4.2 billion dollars (around €3.617 billion euros).

As news of the order was announced, the stock market value of the company chaired by Elon Musk touched the billion-dollar mark, a barrier that has only ever been surpassed by software giant Microsoft, Amazon and Apple.

As a coincidence, and for the first time, Tesla was the best-selling EV model in Europe during the month of September, according to the consulting firm Jato Dynamics. It is also the first time that an electric vehicle has led the market and that a vehicle manufactured outside Europe has taken first place.

The order from Hertz, a company that only four months ago emerged from bankruptcy proceedings triggered by the collapse of its business during the pandemic, is part of its drive to refocus its business on a sustainable model based on renewable energy.

“Electric vehicles are now the trend. The new Hertz will lead the way as a mobility company. We start with the largest electric vehicle rental fleet in North America and a commitment to grow it, to provide the best rental and recharging experience around the world,” said Hertz interim CEO Mark Fields.

Tesla’s Model 3 sedans will be delivered during 2022, and will be available for rent in select U.S. and European locations beginning in November, according to a statement issued by the rental giant. Customers will have access to Tesla’s electric car charging network as well as the new charging infrastructure created by Hertz itself.

“With the current order, electric vehicles will account for more than 20% of Hertz’s global fleet. They are projected to be supported by a combination of Level 2 and fast-charging chargers in approximately 65 markets by the end of 2022 and more than 100 markets by 2023,” said the company, which admitted, however, that those targets could be affected by external factors, such as chip shortages or other supply constraints. The Hertz order covers approximately 10% of the company’s production capacity.