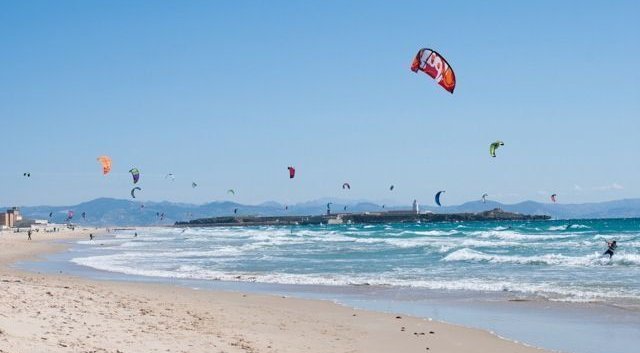 A kitesurfer has died after suffering a fall on the beach of Los Lances in Tarifa.

A kitesurfer died this afternoon, Tuesday, October 26, in Tarifa after suffering a fall while practising, according to a report from Europa Sur.

The Emergency 112 services received the first call a few minutes before 7:00 p.m. in which help was requested for a kitesurfer who had hit his head on the Playa Los lances (Los Lances beach). Immediately, the coordinating centre sprang into action and activated the local health services, the Local Police, and the Guardia Civil.

Guardia Civil sources confirmed the death of the kitesurfer, however, no further information has not been released on the circumstances in which the events occurred.

The 112 emergency services would only explain that the event took place minutes before 7:00 p.m. today- reconfirming that the first call was received on the 112 emergency number, asking for help for a kitesurfer who had hit his head after falling while sailing in the waters of Los Lances beach, in Tarifa.

The beach is located about 3 km from Tarifa in the direction of Cadiz between the Rio Jara campsite and the Dos Mares hotel. It has easy access with different entrances from the national road, with free parking area, with beach bars (Agua and Waves), hotels (Dos Mares and Arte Vida) and campsites (Rio Jara and Tarifa).

Los Lances is one of the widest Tarifeños spots for the practice of kitesurfing, frequented by schools and riders to have an unobstructed sandy beach with a width of 100 meters and a length of about 3 kilometres.
This space is divided into independent kitesurfers’ areas and an area of exclusive use for the official schools of the region.

Earlier in September, 60 juniors rippers, 14 nationalities competed in Tarifa in an event organised by the Spanish Kiteboarding League.