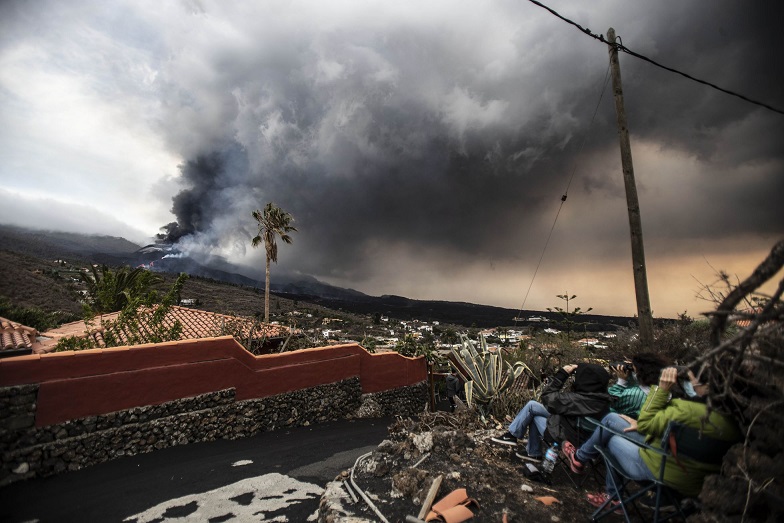 Residents of La Palma are said to be getting annoyed by tourists flocking to the island who want to see the erupting volcano.

Residents of the Spanish island are very annoyed by the influx of visitors, while the tourism industry warns this is just a short-term situation and that the outlook for the sector once the eruptions stop is very bleak.

According to local reports, parked cars are lined up one after another on Tajuya street, a small avenue on La Palma, in Spain’s Canary Islands. A tourist has even parked in front of a garage of a one-story home in the Tacande neighbourhood in the town of Los Llanos de Aridane, even though the sign at the entrance says the area is restricted to locals.

Posting on Facebook, a woman in her thirties had yelled at a tourist to remove her vehicle. The tourist apparently refused, saying: “If they don’t want me to park, I’ll pay an entrance fee,” she said, despite having broken through to the restricted area.

Tourists on weekend getaways to see the volcano are filling up the streets and restaurants of La Palma. Hotels are putting up “no vacancy” signs and there are no spots left on the planes and ferries travelling to the island, particularly the ships from Puerto de Los Cristianos in Tenerife, which belongs to the Canaries archipelago, located off the coast of northwestern Africa.

The director in the Canary Islands of the National Geographic Institute, María José Blanco, has explained, together with the director of the Canary Islands Volcanic Prevention Plan, Pevolca, Miguel Ángel Morcuende, that a deformation of the terrain has already occurred twice and has been accompanied by an increase in lava.