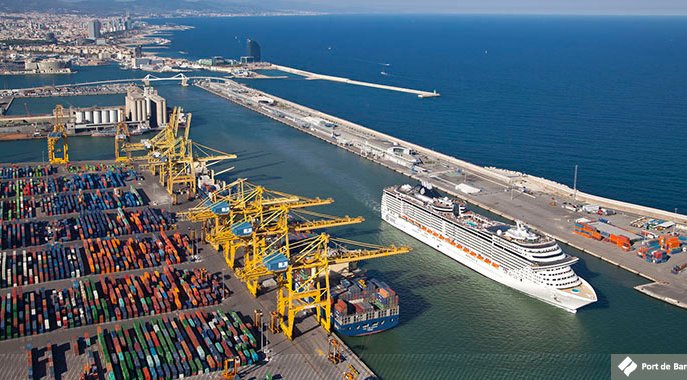 Malaga port has reported it has exceeded 2019 traffic figures.

Malaga port has reported that freight traffic between January and September 2021 has grown the most in percentage terms (the movement of tons has increased by 61%)  and it is already well above, specifically 22%, the figures that were registered in 2019, according to report by Puertos del Estado.

Carlos Rubio Basabe, president of the Malaga Port Authority, explained that the port, at a time of growth in world demand, has served as a welcome alternative for ships in the face of the saturation of other more important sites

Malaga does not usually have traffic problems and this has proved to be a great advantage, There is not a single day of the year in which it is impossible for a boat to manoeuvre due to bad weather,” said Rubio.

This fact has caused the data to have skyrocketed compared to 2020, not only due to the 25% reduction in world trade (ships docked up so as not to sail empty) but also because Malaga lost the two boat companies of goods that were stationed there.

Rubio explained that the two companies have now returned to operating normally: Hapag Lloyd, whose itinerary comes from the Caribbean and the rest of Central America, and MSC, which arrives in Malaga from India and the Middle East.

“They are the two that have their base in the port and both are also fed by smaller lines that arrive from North America and northern Europe”, confirmed the president of the Port Authority. In addition to Hapag Lloyd and MSC, there are of course other companies that use the port when required due to its location and ease of navigation.