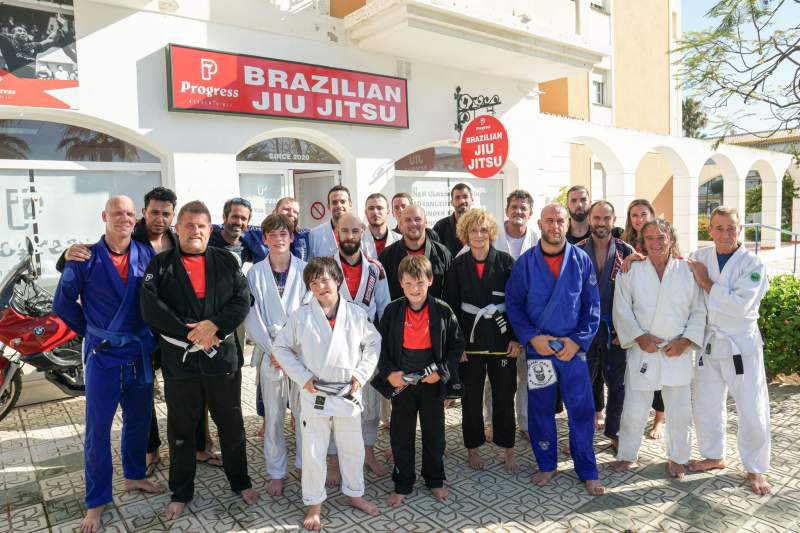 A TORROX Jiu Jitsu school has seen five of its young students win medals at the Brazilian Jiu Jitsu European Cup in Valencia.

Progress Academia has been training children and adults in Brazilian Jiu Jitsu since opening on Torrox Costa in summer 2020 and saw its efforts pay off after all five of the students who entered the competition earlier this month won medals.
Chris Birchall, owner and head coach at Progress Academia, told the Euro Weekly News the children, aged eight to 14, had trained hard before entering the European championships, beating competitors from the UK, Italy, Russia, France and Lithuania.
Across the two-day competition on October 4 and 5, Torrox student Louis Donnelly, 15, won gold, while Max Birchall, 12, and Lucy Birchall, 8, won silver, and Aaron Jones, 12, and Pablo Forrester, 13, won bronze.
Chris told the EWN: “I´m really proud of the kids.
“This was the first time that the kids had entered any kind of Jiu Jitsu competition and they tranied really hard.  We put on extra classes and the children showed dedication, making sure they attended.  They were also supported really well by their families.”
He added: “At the competition, they were like professional athletes and I am very proud.  They had never trained anywhere else before coming to the academy.”
Speaking about his hopes for one of his young students in future competitions, Chris said: “Louis is a serious prospect, he´s a natural athlete.”
Several of the academy´s students have now signed up to enter the Spanish Opens in Madrid in December, while the academy is now encouraging new members to join and begin learning.
Progress Academia has organised a six-week foundation course from Thursday, November 4 every Thursday from 7.30 pm to 9pm.  Classes are taught in both Spanish and English.
For more information about the course or the academy, contact 711 036 961 or [email protected]