A selection of the latest news in brief from across Mallorca 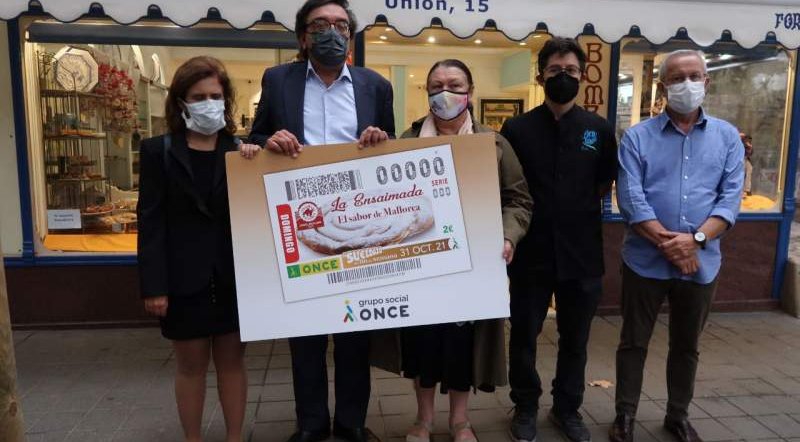 A SELECTION of the latest news in brief from across Mallorca compiled specially for readers of Euro Weekly News.
Tasty ticket
A NEW design for an ONCE lottery ticket is dedicated to the Ensaïmada de Mallorca. This pastry was recorded as first appearing in the 17th Century and since then has become a popular delicacy eaten in much of Southwestern Europe, Latin America and the Philippines.
Millions of masks
AT a budgeted cost of €2 million, the Balearic Government will be purchasing 8 million face masks of different standards to be given to students, teachers and auxiliary staff in places of education throughout the islands as infection in schools begins to rise.
Teacher of Islam
IT has now been confirmed that the Ministry of Education and Professional Training has, in accordance with its earlier undertaking, appointed a qualified teacher of Islam who speaks Catalan who will work part-time in primary schools in Mallorca, namely Lloseta and Ses Salines.
Volunteers needed
HAVING decided to change the qualification standards for volunteers at the Son Reus municipal kennel in Palma, there has been a problem with obtaining sufficient people to walk and play with the dogs in their care so they are now appealing for more volunteers to help out.
Busy Sunday
The Mountain Rescue and Intervention Group of the Guardia Civil carried out two rescues on Sunday October 24 in the Serra de Tramuntana. The first involved a young man who fell and broke his ankle so was removed by helicopter and the second involved two women who got lost.
Trans flag
PRIOR to the official celebration of the International Day of Trans Depathologisation (relabelling a supposed medical condition as a matter of gender) on Saturday October 23, the Palma Council hung a huge example of the trans flag pink, blue and white flag from city hall.
Fit to eat
IN days gone by, families in Spain and elsewhere used to keep a few pigs for slaughtering and this still happens in Mallorca, but the Santa Margalida Council is enforcing a new health rule to ensure that pigs are fit for consumption prior to killing.
Ideal for kids
THERE is a home-grown version of Rapunzel the Musical produced by Mallorca’s MAX Teatro Musical which will take place at the Palma Auditorium on Saturday December 4 and Sunday December 5 at 6pm each evening with tickets costing €20 per person.
Raccoon sightings
RESIDENTS in Soller thought they had seen oons in soller
foxes running in front of cars at nights but the consensus of opinion is that they are more likely to be raccoons as since the 1990’s when they arrived on the island as pets many have escaped and bred.
Manacor in Colour
MANACOR Council wants to make its street furniture more comfortable for those wanting to sit down and catch their breath so has launched the Manacor in Colour campaign where residents are encouraged to get out their knitting needles and make some cushions or backrests.
Thank you for reading ‘A selection of the latest news in brief from across Mallorca’ and remember that all articles produced by Euro Weekly News may be accessed free of charge.