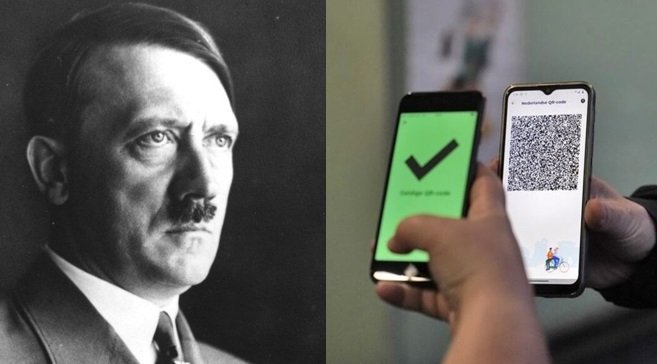 A Covid pass in the name of Adolf Hitler is being investigated by Dutch police.

The Ministry of Health in the Netherlands is investigating how a cybercriminal was been able to create a “COVID pass” with a valid QR code in the name of the German dictator, Adolf Hitler. The pass was offered as a fraudulent copy in a trade forum as a digital document that allows access of vaccinated people to restricted places.

When scanning the QR code in the official Government application, it returned a result in green, which indicates that that person is free of COVID-19, despite the fact that the code used the name of the deceased German dictator and gave his Date of birth as January 1, 1900.

The discovery of the fake QR code came to light thanks to a journalistic investigation by the Dutch channel RTL Nieuws, which has caused much concern among ministry employees, who, until this happened, thought that the “COVID pass” was an extremely secure system.

The cybercriminal accused of the fraud allegedly sells QR codes online for France and Poland, which are also valid in the Netherlands, as they are European codes.

Dutch police are considering a number of scenarios: it could be a rogue employee of the GGD in France or Poland who creates these QR codes by name that supplied it. However, according to sources at CoronaCheck, the ministry is considering a much worse scenario which is that the secret keys of the French and Polish QR codes have been stolen and put on the black market for sale.

If the secret keys, also known as private keys, were actually stolen, then all QR codes from those countries would have to be reissued. There is currently no evidence however that the Dutch secret keys for the QR codes were stolen.

Update on the Corona Scanner

CoronaScanner, the Dutch app to scan QR codes, offers the possibility to block certain codes. In the course of today, the ministry has taken measures by releasing an update to the app.

The scanner now displays a red cross when you try to scan one of the counterfeit QR codes.

People refusing to get Covid vaccines in France are coughing up hundreds of euros for fake health passes in an online black market that has flourished since the government required them to enter cafes, inter-city trains and other public places.

People have had to show proof they have either been vaccinated, tested negative for Covid or have recovered from the disease in order to enter a museum, cinema or sports venue since July.

While surveys show most French support the measure, opponents have held protests for five straight weekends. And a black market for fraudulent health passes has sprung up on Snapchat — despite the risk of jail sentences.