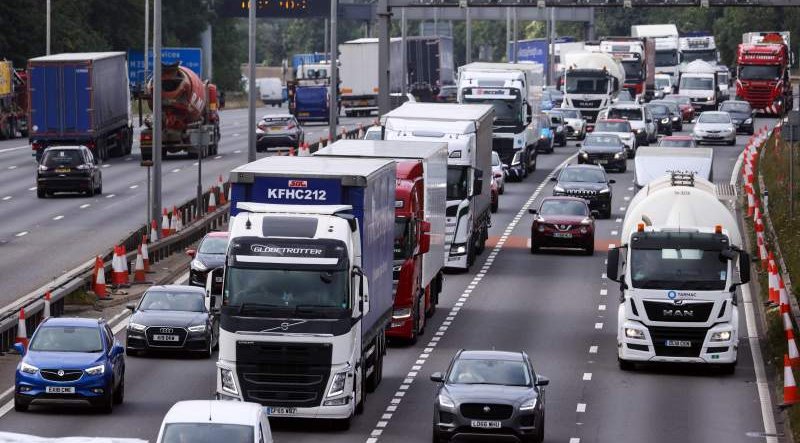 Europe will need over 400,000 HGV drivers within 2 years. image: Twitter

HGV drivers are in shortage across Europe, with an expected shortfall over the next two years of 400,000 operators. Mainland Europe is currently experiencing a massive lorry driver shortage as port closures across China and the Far East during the Covid pandemic have sparked a global supply chain crisis.

The UK itself is currently facing its own 100,000 shortfall of HGV drivers. Retail bosses have blamed the crisis on changes to migration rules post-Brexit and EU employees returning home. According to UK Transport Secretary Grant Shapps, the ongoing HGV driver shortage is a top priority for his department. The government is committed to taking urgent action to tackle the crisis.

The number of HGV provisional licence applications has increased by a staggering 300 per cent according to Shapps. His department has put in place 25 proactive actions to tackle the driver shortage in the last few weeks.

A lack of lorry drivers and food processors in Britain has been partly blamed on the new Brexit visa regime introduced on January 1, which penalises lower-skilled migrants in favour of those with qualifications. However, the crisis on the Continent raises questions about whether Brexit is the real reason for the driver shortage in the UK.

Research by logistics analysts Transport Intelligence found that Germany was missing between 45,000 and 60,000 HGV drivers last year. That number is increasing, with the International Road Transport Union warning of a 185,000 shortfall there by 2027.

France has also faced a similar crisis, with the country facing a shortage of around 43,000 drivers since 2019. The shortfall in Italy in 2019 was estimated to be around 15,000, Transport Intelligence said.

Trucking is a hard and extremely lonely job, involving days away from home and nights at unwelcoming service areas or lay-bys. Despite the money that can be made, younger generations are not being tempted to make the job their careers.