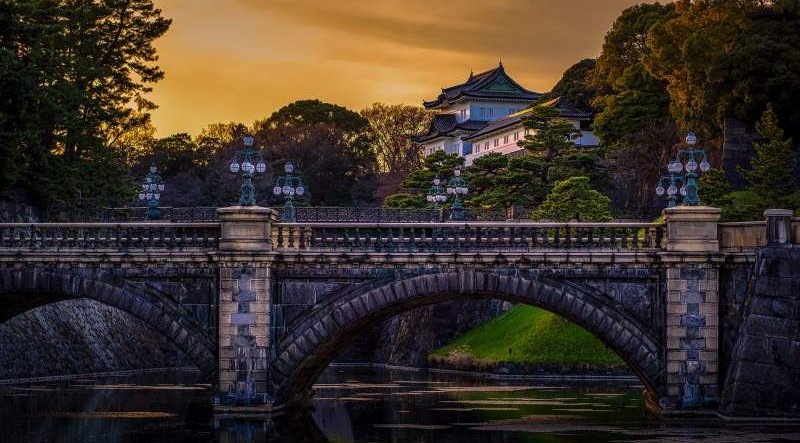 Under the country’s law, female members of the Japanese royal family forfeit their status if they wish to marry a ‘commoner’, and Japanese Princess Mako has done just this. She has married her college sweetheart, Kei Komuro, and chosen love over the royal title. Male members of the royals don’t have to make this choice. Princess Mako also declined a big wedding, plus a large payment usually gifted to females as they depart from the family. She is the first female member to turn down both.

As the man who stole the princess’ heart, Mr Komuro is under the spotlight in their native Japan. They are expected to move to the US where he is currently working as a lawyer. Comparisons have been made between Meghan Markle and Prince Harry and the couple are said to be called Japan’s answer to the pair.

There have been events large and small railing against the marriage. Newspapers and social media have recently derided Mr Komuro’s hairstyle as he sported a ponytail ‘unbecoming of someone set to marry a Japanese princess.” There has also been a protest against their marriage.

Ms Mako held a press conference to apologise for any trouble that may have been caused by her wedding. She said: “I am very sorry for the inconvenience caused and I am grateful for those… who have continued to support me. For me, Kei si irreplaceable- marriage was a necessary choice for us.”

Mr Komuro added: “I love Mako. We only get one life, and I want us to spend it with the one we love. I feel very sad that Mako has been in a bad condition, mentally and physically, because of the false accusations.”

The accusations spoken of are regarding the financial issues of Mr Komuro and his mother. They have both denied any wrongdoing and the BBC’s Tokyo correspondent Rupert Wingfield-Hayes suggests that the animosity comes from Mr Kumuro being seen as ‘not worthy’ enough to marry a niece of the emperor.