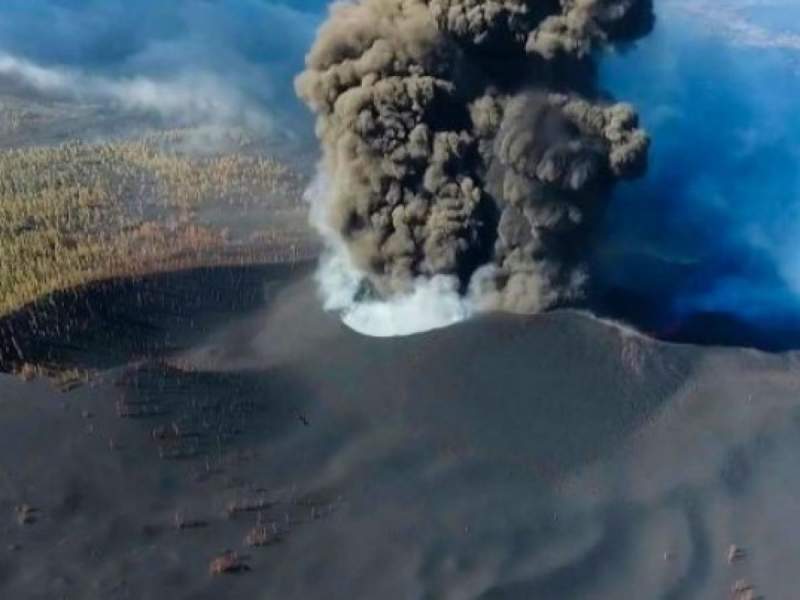 A powerful 4.8 magnitude earthquake on the Richter scale struck the Spanish island of La Palma in the early hours of the morning.

A new and powerful 4.8 magnitude earthquake struck Villa de Mazo on La Palma in the early hours of Wednesday, October 27. According to data from the National Geographic Institute (IGN), the second quake came within just seven hours of a similar tremor that was recorded in the same town.

Both earthquakes, with an intensity of just over 4 on the Richter scale from 1 to 12, were felt not only on the island of La Palma but also on the islands of Tenerife, El Hierro and La Gomera.

On the ground of La Palma, this morning the seismic activity was again very intense with dozens of earthquakes. Experts insist that they will continue to be continuous and that they are likely to reach magnitude 6.

One of the eight active mouths where the lava comes out in the form of explosions mixed with a large number of pyroclasts formed a column of fire during the night that made doors, windows and objects vibrate in the houses near to the exclusion zone.

The eruptions show no signs of exhaustion; the volcano has again expelled streamed lava to the west, following the path of the lava flows that were generated in the first days. The main source of lava from the volcano has reached 600 meters high in the last hours.

Experts have warned that the volcanic core created from the eruption on September 19 at Cumbre Vieja is continually reconfiguring due to the weight of the magmatic material. The last rupture occurred on Monday, October 25, which caused a large emission of lava.

According to the latest calculation of the European Copernicus satellite system, there has been 908.2 hectares of land ruined and 2,162 buildings destroyed, in addition, there are another 124 affected.