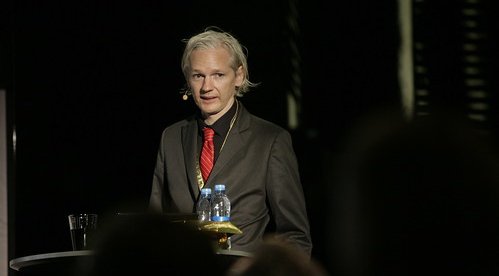 US government starts legal appeal to get Wikileaks founder extradited

Lawyers for the United States have told the High Court that their judge has been misled by Julian Assange’s psychiatrist when they moved to block his extradition. It was ruled in January that he could not be sent to the US due to concerns over his mental health.  Now the US government is starting a new appeal to bring the Wikileaks founder onto their soil.

Mr Assange is wanted over the publication of thousands of classified documents in 2010 and 2011. The US military was shown to have killed hundreds of civilians during the war in Afghanistan and left the incidents unreported. Files from the Iraq war revealed that 66,000 civilians had been killed and prisoners had been tortured by Iraqi forces. According to the US the leaks endangered lives and broke the law so Mr Assange should face trial, but he says the case is politically motivated.

In January 2021, Vanessa Baraitser, a district judge overseeing the extradition appeal, said the publication of classified military documents did amount to a crime. However, she ruled that Mr Assange could not be moved to the US because he was not stable and could take his own life. On Wednesday, October 27, James Lewis QC told the Lord Chief Justice and Lord Justice Holroyde that conclusion was wrong and the US had not had the opportunity to answer the concerns the earlier judge had.

The charges against the Wikileaks founder are of a conspiracy to obtain and disclose national defence information, after the Wikileaks publication of more than 100,00 leaked documents relating to the Iraq and Afghanistan wars. Included in these documents was footage of US soldiers shooting and killing civilians from a helicopter in Iraq.

The new High Court hearing, which Mr Assange did not appear at due to illness, is expected to end on Thursday, with the decision coming at a later date.