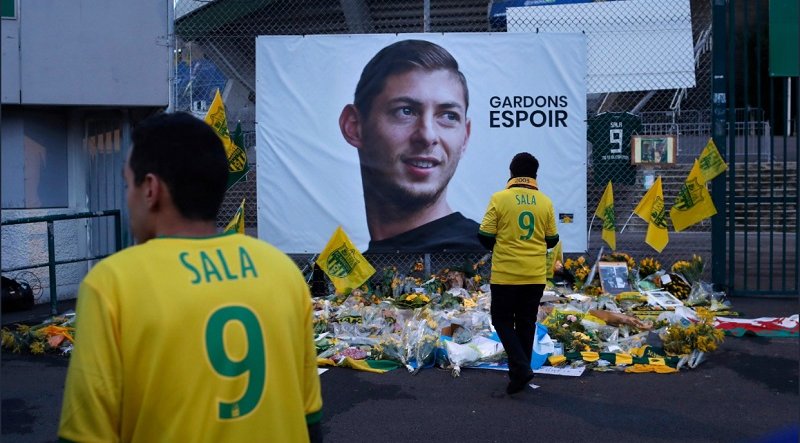 The businessman who organised the fatal flight for Emiliano Sala has been found guilty of endangering the safety of an aircraft.

Henderson was found guilty of endangering the safety of an aircraft, by a majority verdict of 10 to two, at Cardiff Crown Court today, October 28.

The plane carrying Sala, 28, crashed into the English Channel on January 21 2019.

Moments after finding out about the crash, Henderson texted various people telling them to keep silent and warning them that it would “open a can of worms.”

The flight had been arranged between football agent Willie McKay and Henderson. Mr Ibbotson had been asked to fly the plane as Henderson was on holiday with his wife.

Ibbotson regularly flew for him even though he did not have a commercial pilot’s licence, a qualification to fly at night and his permit to fly the Piper Malibu plane was past its expiration date.

Henderson, a former RAF officer and father of three, said in court that he was worried about an investigation into his dealings.

He faces a maximum of three years in prison for endangering the aircraft and two years for attempting to discharge a passenger without valid authorisation.

The sentences have been welcomed by the Sala family, however, they said they still have some unanswered questions.

An inquest will begin in February 2022. Henderson has been granted bail and will return for sentencing on 12 November.

Daniel Machover, of Hickman & Rose Solicitors, said: “The actions of David Henderson are only one piece in the puzzle of how the plane David Ibbotson was illegally flying came to crash into the sea on 21 January 2019.”

“We still do not know the key information about the maintenance history of the aircraft and all the factors behind the carbon monoxide poisoning revealed in August 2019 by AAIB.”

”The answers to these questions can only be properly established at Emiliano’s inquest.”

“The Sala family fervently hope that everyone involved in the inquest will provide full disclosure of material without further delay.”

“Only if that happens will Emiliano’s family finally know the truth about this tragedy enabling all the lessons to be learned, so that no family goes through a similar preventable death.”

Henderson did not have a Foreign Carrier Permit (FCP) which was needed to fly passengers in the American plane, or an Air Operator Certificate (AOC),both of which he should have obtained.

The owner of the plane, Fay Keely, had told Henderson not to allow Mr Ibbotson to pilot it, after being informed of two airspace infringements he had committed by the Civil Aviation Authority.

However, Henderson allowed him to fly. Prosecutor Martin Goudie QC told the court he had created a culture of breaching air navigation rules with the pilots he hired.

He was accused of running a “cowboy outfit” and failed to keep basic paperwork of his pilots.

However, Stephen Spence QC, who was defending Henderson, said his client did not act recklessly and his actions were “purely a paperwork issue.”

Kate Staples, General Counsel at the UK Civil Aviation Authority, said: “Our thoughts remain with the families and friends that were affected by this accident in January 2019.

“Aviation safety relies upon the integrity of everyone involved in the industry. Unlawful and unsafe activity such as Mr Henderson’s is unacceptable and the UK Civil Aviation Authority will always look to prosecute illegal activity.”