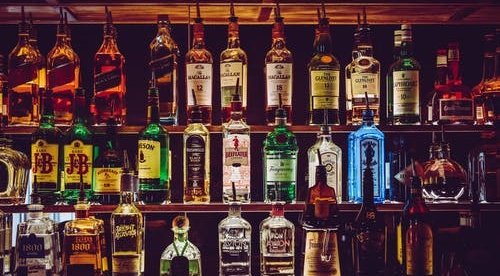 Gin lovers in Spain may have to order a different tipple if shortages caused by supply chain issues continue.

Gin lovers in Spain may have to order a different tipple if shortages caused by supply chain issues continue. Other spirit stocks affected are vodka, rum and whisky.

An increase in shipping costs and difficulty in getting raw materials such as glass, cork and cardboard, which are essential to a finished alcohol product, are said to be the causes for the gin shortages in Spain.

Harvy Orozco, who runs several leisure and restaurant businesses in Chueca, Madrid, said he had received some worrying news from his distributor: “He tells me that there is a very serious problem of brands and distribution of drinks.”

“Now everyone will be buying drinks like crazy to have stocks and I’m going to do the same.”

Daniel Mosquera, owner of Pub Folks in A Coruña, said he is finding it difficult to get hold of products: “Where we notice it most is in gin.”

He also, however, said that the shortages of bigger brands may give smaller retailers a chance to grow.

Mr Mosquera is not too concerned about the shortages at the moment.

He said: “When you don’t have one brand, customers choose another one.”

“People know about this [the shortages], and if they don’t, we explain it to them.”

“If this were to spread to many products and we ran out of goods, it would worry us, but we don’t think it will happen.”

He said: “I’m not going to be affected because I bought enough, but others may have problems.”

Vicente Pizcueta, a spokesman for the National Association of Leisure and Show Businesses, said that “good brands of gin, vodka, rum and whisky are produced in Spain” will help with supply chain issues.

Pubs and nightclubs might suffer from a lack of “favourite” brands due to “international transport problems,” but Mr Vicente assured that “there will be alternatives.”

Some restaurateurs are worried more about the price of gin rather than the shortage of it.

Roberto, from Madrid, told Spanish paper ABC that he has noticed a wider “scarcity of British produce” in general.

The Spanish Spirits Association said that the issues with alcohol stocks have been caused by a “perfect storm” essentially by the pandemic.

Due to Covid, demand became unpredictable, suggested Bosco Torremocha, president of the association.

During the lockdown last year, sales dropped by between 30 and 50 per cent and then grew rapidly when bars and restaurants reopened.

This extreme fluctuation, combined with the HGV crisis, have made post-Brexit imports “difficult,” Mr Torremocha says.