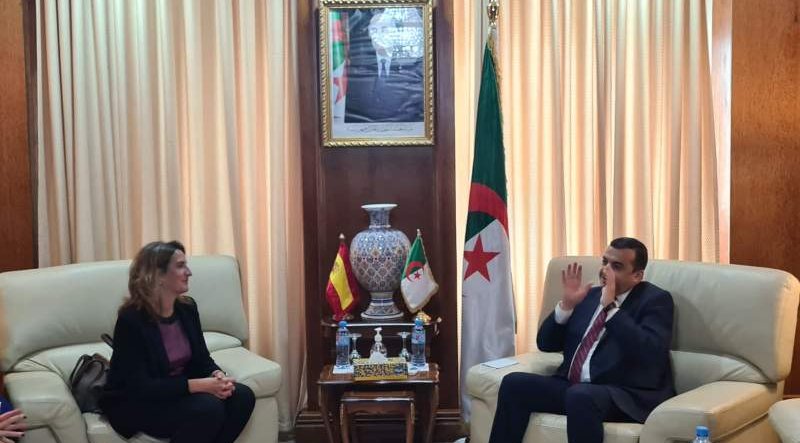 Minister Ribera had a successful meeting with her Algerian Counterpart Credit: Twitter

SPANISH Minister’s last-minute dash to Algeria to guarantee gas supply as time runs out before international pipeline is closed.

Very aware that the agreement entered into 25 years ago between Algeria, Morocco and Spain expired at the end of October, Spanish ecological transition minister Teresa Ribera travelled to Algeria on Wednesday October 27 for discussions with Algerian Minister of Energy and Mines, Mohamad Arkab.

Spain is caught in the middle of a diplomatic argument between the two North African states which has seen a closing of borders and minimal diplomatic contact.

Although most of northern Europe relies on gas pumped from Russia and Spain does use some, its main source is Algeria and if the Algerians won’t pump the gas through the Maghreb-Europe Gas Pipeline which passes through Morocco then Spain could have been in trouble.

This is what has come to pass but there is a second pipeline Medgaz which does not touch Morocco and during her meeting with the Algerian Minister, Ribera was assured that this pipeline would see an increase in gas, sufficient to make up the shortfall from the closure of the other one.

With winter coming and the steady increase of prices of natural gas which is used in a number of commercial undertakings including production of electricity, the Spanish Government was worried about the possibility of finding alternative sources of gas.

Time will tell whether there will be sufficient supplies for Spain’s needs but in the meantime, the closing of the pipeline will have a negative effect on Morocco’s economy and its own electricity production.

Thank you for reading ‘Spanish Minister’s last-minute dash to Algeria to guarantee gas supply’ and remember that all articles produced by Euro Weekly News may be accessed free of charge.