‘The pandemic has robbed us of two very valuable years’ 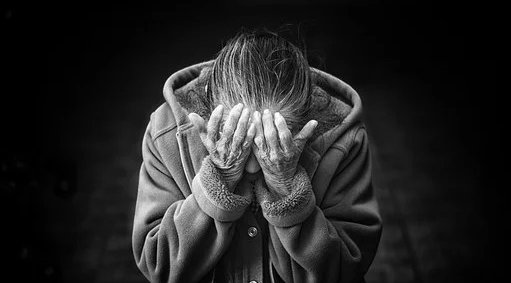 ‘The pandemic has robbed us of two very valuable years’. One woman has told her emotional story.

Micaela does not want to be known by her real name. She has revealed how hard the pandemic has been on her and others like her. Micaela’s first grandchild was born after the coronavirus hit. The Spanish communities had closed the borders. Speaking to 20 minutes Micaela commented:  “Fortunately today we have video calls, it’s not like it was years ago. But it’s not the same as holding him or giving him a bottle. It was an immense joy to have a grandchild, but what a pain not to be able to hold him”.

Micaela had recently suffered family losses. The pandemic just added to her stress and sadness. It meant that she was cut off from normal support mechanisms.

“It was very good for me to go out, to go to the cinema, to courses, to exercise, to socialise… It was part of my therapy to overcome my grief. But all that was cut off and my problems were joined by isolation, being locked up in solitude… And then, with the de-escalation, we went out into a strange world that I didn’t recognise. The distances, the masks, the gloves… It was like landing on the moon,” she explained.

“And at the beginning, you could only go out with the people who lived with you. And I, who live alone, couldn’t I go out with my sister-in-law or a friend? No, sir,”

Micaela was struggling with fear, worry and anxiety. She commented: “I think the more I became obsessed with being well, the further I fell into the pit.”

Micaela finally sought help in the form of the Red Cross. She decided to phone 900 107 917 and see what help was available.

When she called though, a Red Cross volunteer decided that she needed to see a psychologist straightaway. “I called to find out how the service worked, in case I ever had to use it. But as soon as they listened to me, they realised that it wasn’t a matter of waiting, that I needed him now,” said Micaela.

The Red Cross launched the ‘Cruz Roja Te Escucha’ – ‘Red Cross Listens to You’ line last April. The helpline has received thousands of calls so far.

Mar Echenique, head of the service commented: “At the beginning, many essential workers who had to go out on the streets and were afraid of being infected, families with problems of coexistence and people with very complex grief were calling.

“Then people began to call with a lot of anxiety about work-related issues: job losses, ERTE… And after the de-escalation there were also many people who were afraid because some people did not comply with the prevention measures. There are also many elderly people who are very lonely.”