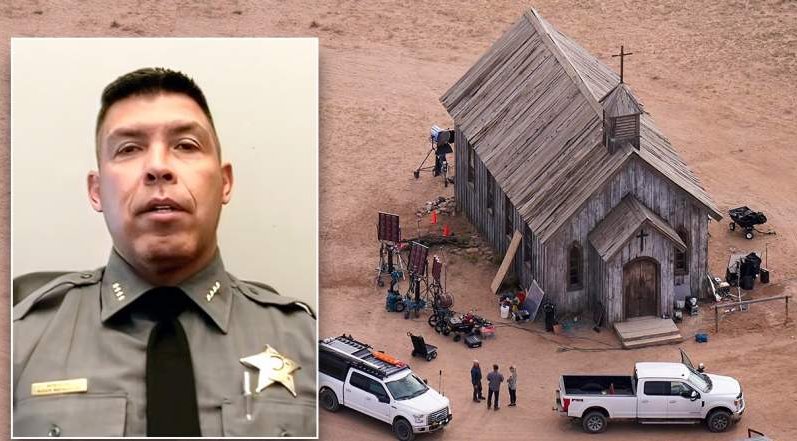 Sarah Zachry, who was first mentioned in the third search warrant executed by the Santa Fe Sheriff’s Department, has been interviewed by police about the fatal shooting of Hutchins, according to a report from Fox News.

“She’s another individual who is being interviewed who had contact with the firearm, it seems like,” Santa Fe Sheriff’s Department spokesman told Fox News in a statement.

A third search warrant from the Magistrate Court County of Santa Fe released on Wednesday, October 27, said that the film’s armourer, Hannah Gutierrez, examined the on-set guns on the day of the incident to ensure that they were not “hot,” an industry term meaning loaded with ammunition or blanks.

This third search warrant issued by the county magistrate court to search the prop truck details the chain of custody of the firearm.

After lunch, Ms Zachary took the firearms from the safe and handed them to Ms Gutierrez.

As the armourer, Ms Gutierrez handed the gun to Mr Baldwin a couple of times during filming. She also handed it to Mr Halls. She maintains that no live ammo is ever kept on set. The investigation continues.

Actor, writer, comedian, and film producer Baldwin, 63, discharged a firearm on the set of Rust in an accident that killed the films 42-year-old director of photography Halyna Hutchins and injured director Joel Souza.