“Covid is increasing in Europe” WHO warns 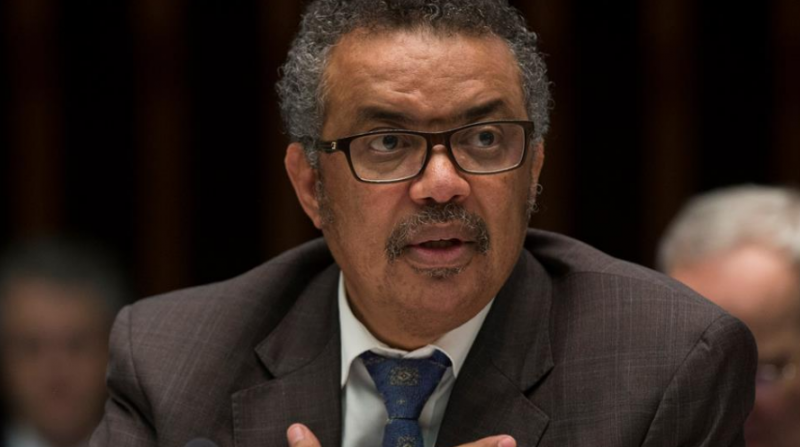 The World Health Organisation (WHO) has warned that the number of reported cases and deaths from Covid 19 is increasing for the first time in two months.

The global number of reported cases and deaths from Covid 19 is increasing for the first time in two months, driven by a persistent increase in positive diagnoses in Europe, warns the director-general of WHO Tedros Adhanom Ghebreyesus.

In his opinion, this data “reminds us that the pandemic is far from over.”

Tedros stressed that the health crisis “persists, in large part, because unequal access to the tools to cope with it continues,” detailing that 80 times more tests and 30 times more vaccines have been administered in high-income countries than in those of the most vulnerable economies.

During the press conference to follow up on Covid 19, the leader of the United Nations body said that, according to the rate at which vaccines are distributed through the COVAX mechanism, it will be “very difficult” for the African continents to vaccinate 40 per cent of the population before the end of the year.

“If the 6.8 billion doses of vaccines administered so far in the world had been distributed equitably, we would have already reached our goal of 40 per cent in all countries,” lamented the WHO director-general.

“As it stands, health workers and vulnerable people in low and middle income countries remain unprotected. Oxygen is not reaching those who need it, and the lack of evidence is leaving many territories defenceless against the crisis and the world defenceless against emerging variants,” added Tedros.

He also insisted on the importance of financing the ACT Accelerator by the G20 countries.

“We have shown that the ACT Accelerator works. So far, WHO and its partners have delivered 425 million doses of vaccines to 144 countries through COVAX, including 300 million doses in the last four months alone.”

“We have delivered more than 128 million tests, and increased the supply of oxygen, personal protective equipment and treatments, including almost 3 million doses of dexamethasone.”

The executive director of Health Emergencies of the WHO, Bruce Aylward, lamented that “the booster doses represent three times what has been distributed in low-income countries.”

“Up to 62 countries have begun to administer the booster doses and many others are thinking about it. The director-general had asked for a moratorium on these doses until the end of the year, in order to be able to transfer those doses to the countries. that are below a minimum, and whose health workers are not even vaccinated.”

Aylward has indicated that a total of 82 countries will not reach 40 per cent of vaccination by the end of the year due to lack of supply.

“It is not that they cannot distribute the vaccines, it is just that they do not have access to the necessary doses,” he pointed out.

“By the end of the year, there will be 3,000 million additional doses. The 550 million doses necessary to ensure equitable distribution are manufactured in 10 days.”

“We can achieve it, it is not impossible, it takes the will,” concluded Aylward, making a call for “global solidarity.”