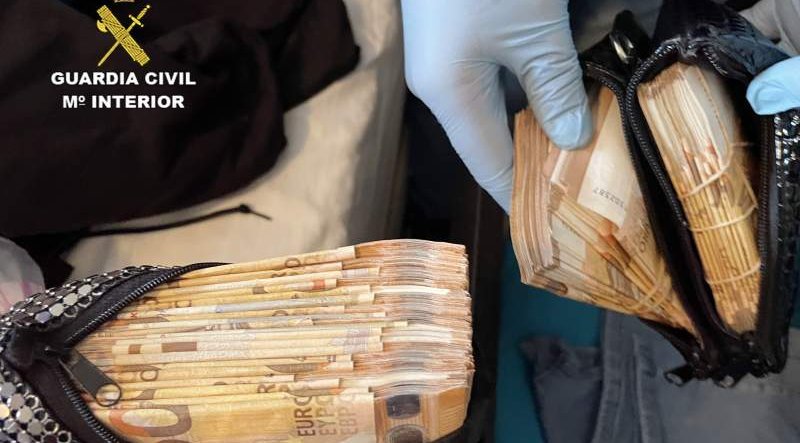 The Guardia Civil is investigating a British care home scam in Murcia, Spain.

The Guardia Civil is investigating a British care home scam in Murcia, Spain.

Within the framework of the “Housel” operation, the Guardia Civil has brought down a fraudulent company allegedly dedicated to home care for British elderly people.

€45,000, £3,600 pounds and various personal documents, cards and bank books in the name of elderly people of British nationality living in Mazarron, Murcia, have been seized.

The investigation began when the Guardia Civil learned of an alleged fraud committed against an elderly person, of British nationality, who lived alone in a residential area of Mazarron.

The 90-year-old victim had been being cared for by a person who ran a company dedicated to home care for the elderly, with whom she had established a relationship of trust.

The elderly woman lived alone, did not have family roots and was in a situation of dependency and vulnerability significant enough to take advantage of her helplessness to take over her real estate and economic assets.

Continuing with the investigations, the officers were able to find out the identity of the alleged fraudster, a British citizen, also a resident of Mazarron.

The Guardia Civil was able to verify that this person seized the house and the savings of the elderly woman through breach of trust, sold her house, became the co-owner of her bank account and spent the money.

According to the investigation, the suspect would have managed to get the victim to agree to provide her consent, such as joint ownership of bank accounts or the granting of a will in her favour, all of which was verified by the investigators through the compilation of notaries, wills and other types of personal documentation.

Officers have been able to determine that the detainees preyed on compatriots settled in the municipality of Mazarron, mainly elderly people, without family roots and who did not know the Spanish language, to offer home care services.

The detainees are allegedly responsible for the crimes of aggravated fraud, falsification of documents and unfair administration.

The investigation is still open, so it is not ruled out that there are more victims.