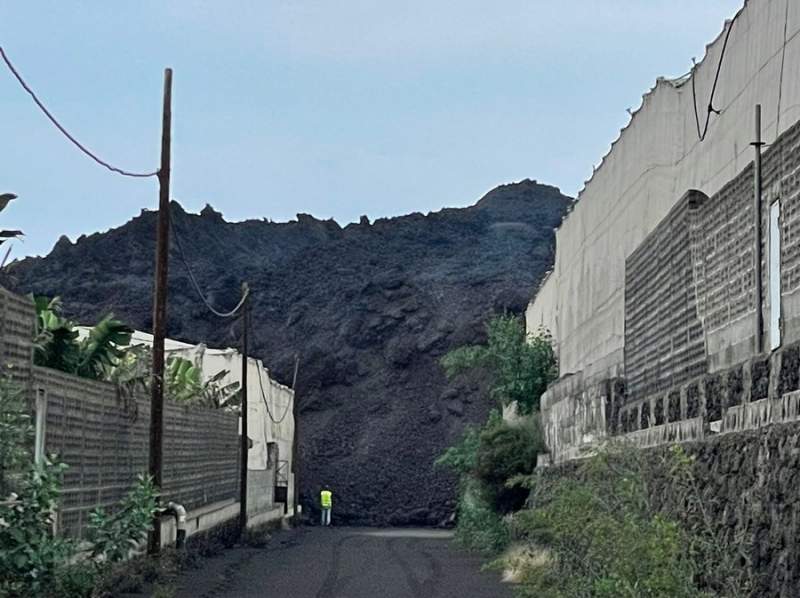 Giant cooled lava flows, reaching over 20 metres in height, are threatening to alter the landscape of the island of La Palma forever. “These immense masses have transformed the geography of La Palma. New maps will have to be made”, say scientists.

Gigantic lava walls, although impressive, are leaving an inhospitable, almost extraterrestrial landscape on La Palma. ” It’s as if we were on another planet, but not only because of the 40-meter-high streams but also because of that ash blanket that covers part of the island. If you didn’t see the pines or the buried houses, you would really believe that you are on another planet “, said NIUS Juan Carlos Valencia, a geologist at the IGME (Geological Mining Institute of Spain), and specialist in La Palma.

“The origin of these high flows is in the collapse, on Tuesday, (October 26) of the cone of the volcano,” says Rosa Mateos, who is also a scientist at the IGME. The new collapse caused large avenues of lava that have spilled over the original lava flow, the first one, the one that formed the fajana “, he explains. They are so high because they are the result of a superposition of new lava flows on the old ones that were cooled, that’s why they are growing so tall. “

As confirmed by the CSIC geologist. “They cannot grow much higher in height. Think that as a wash takes place, at the bottom it is already creating a kind of barrier in the ground that can cause it to overflow on one side or the other. It is a very irregular topography.”