The Best European Stars Based in the NBA 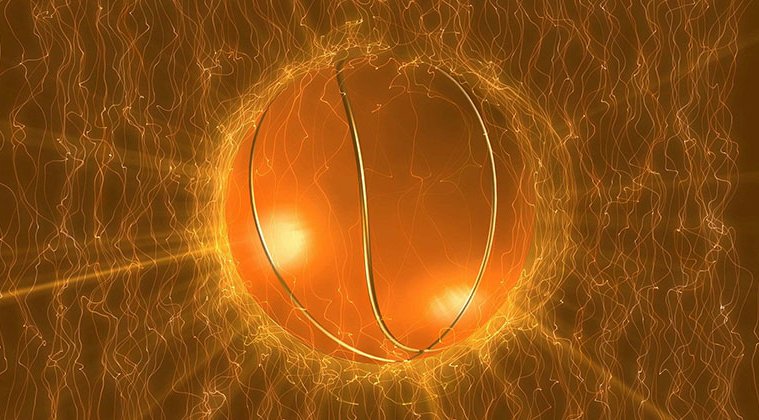 In 1946, Hank Biasatti became the first European basketball player to step onto the court in the NBA. Born in Italy, Biasatti spent one year at the Toronto Huskies and was then drafted by the Celtics. Although Europe’s first foray into the NBA was very short lived—he spent just two years in the league— Biasatti was the first of a long list of Europeans to lace up and take to the court in the US. Since then the league has welcomed players from all corners of the globe, from Nigeria to Australia and in 2020, over 21% of players in the league were classed as international. What is telling is that the talent of international players has improved from decade to decade. This is evidenced by the fact that the MVP in each of the last three NBA seasons were Europeans. Giannis Antetokounmpo, born in Athens, Greece, took the award in back to back seasons in 18-19 and 19-20. His achievement was then followed by the Serbian born Nikola Jokic who took the crown in 20-21.

The rise in European athletes in the NBA is reflected in the popularity of the European game. A study has shown a 22% rise in the competition’s popularity in EuroLeague markets over the last three years, with particularly notable figures in France (+60%), Israel (+47%), Germany (+44%) and Italy (+36%).

With European talent being so impressive in recent years, it is no shock that most of the international players in the league call the continent home. It seems that this European takeover is far from finished with many sportsbooks indicating that Slovenian, Luka Doncic is favourite for league MVP in the NBA odds market. With these players catching the eye of NBA fans everywhere, lets take a look at some of the best European players currently playing in the league.

Where better to start than with the player tipped to light up the league in the forthcoming season. Born in Slovenia, Doncic’s is still in the infancy of his career at just 22 years of age. It appears though that age is nothing but a number and as he heads into his fourth season he has already made claim to being one of the best players in the league.

A first round pick in 2018, the man from Ljubljana had an incredible rookie season and became the youngest 20-point scorer in franchise history. Of the five triple-doubles recorded by teenagers in NBA history, Doncic has four of them. Unsurprisingly, he became the second European to ever win the rookie of the year award at the end of the season, after Spanish star Pau Gasol’s win in the 01-02 season. Since then, he has two All-star appearances to his name and will be looking to surge towards the playoffs with the Mavs in 2022.

This towering Frenchman lives in the nightmares of shooting guards up and down the league. After winning the Defensive Player of the Year Award in 2021, Gobert became just the fourth player in NBA history to capture the award three times. Dikembe Mutombo, Ben Wallace and Dwight Howard are the only other players to boast the same accomplishment.

The 7ft 1in center declared for the draft in 2013 after spending the start of his career with Cholet Basket in France. He set the record in that years combine for wingspan (7 ft 8½ in) and standing reach (9 ft 7 in) before being selected with the 27th overall pick by the Denver Nuggets and eventually being traded on draft night to the Utah Jazz. He has remained there ever since and with the Jazz being among the championship favourites in 2022 his efforts will be crucial in their hopes.

The ‘Greek Freak’ helped the Milwaukee Bucks to last years championship and in doing so put himself in the argument over who is the greatest overall player in the league today. His all-round play is almost untouchable right now and his versatility has been key to the Bucks success in recent years. It is clear to see why so many fans side with the man from Athens in the debate and he continues to make it very hard to back anyone else.

His back-to-back league MVP awards were capped off by winning his first championship ring the following year, where he was also named the performance MVP. His PPG total improves every year and at 26 years old, he is only getting better. He will of course be hoping to replicate his scintillating form in the 2022 season where the Bucks will be defending their championship

Serbian born Jokic entered the 20-21 season as favourite to win the MVP award and by the end of the year he had proven exactly why. His average in points and assists were career highs and he also matched his career high in rebounds. His incredible performance that season was amplified by his 50-point game against the Sacramento Kings, just the 13th time in NBA history a player recorded 50+ points and 12+ assists in a single game.

Jokic played for Mega Basket in the Serbian professional league before catching the eye of the Denver Nuggets in 2014, when he was drafted 41stoverall. The 26-year-old center still has plenty of time left on the clock and will no doubt be pulling out all the stops in 2022 in his hunt for back-to-back MVP awards.