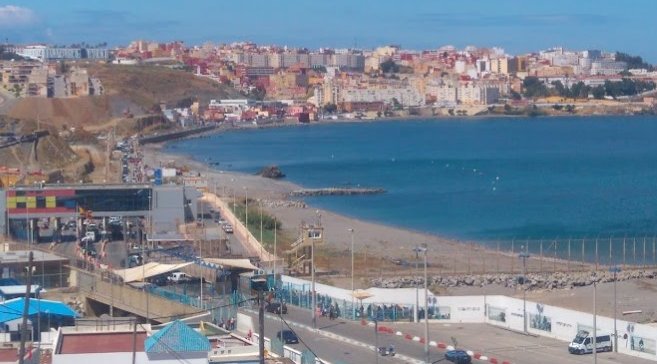 The governments of Spain and Morocco are still deeply immersed in an ongoing diplomatic crisis. On August 21, King Mohamed VI had expressed his desire to open an “unprecedented” stage in the bilateral relationship, based on “trust, transparency, mutual consideration, and respect for commitments”. To date, nothing has really changed.

At the start of the pandemic, on March 14, 2020, Rabat closed its borders with Ceuta and Melilla. Karima Benyaich, the Moroccan ambassador in Madrid, has been in Rabat since last May. Maritime connections also remain suspended. Flights are authorised, but travellers from Spanish territory must present a PCR test carried out 48 hours before the flight, even if they are fully vaccinated.

To enter Spain from Morocco it is not necessary to provide a PCR if you have a vaccination certificate. Spain’s current percentage of double-jabbed population stands at 80 percent, while in Morocco, it is 60 per cent.

Ceuta and Melilla have both been badly affected by the border closures, suffering serious economic losses as a result. Only in 2020, the two autonomous cities had stopped entering 14.4 per cent and 70 per cent of the IPSI (the tax on production, services, and imports, equivalent to VAT), respectively. This has meant more than €18 million less for the Ceuta coffers, and around €50 million less collected in Melilla.

In addition, Morocco decided to exclude Spain from the annual Operation Crossing the Strait, which is carried out every summer by Moroccans living in Europe. The ports of Ceuta and Melilla lost between €5.5 and €6 million from this action in 2020 and 2021.

The Spanish embassy in Rabat organised, for humanitarian reasons, special ferry connections, authorised by the Moroccan Ministry of Foreign Affairs. Up to 40,000 people left Morocco on those boats. However, since the end of April, these trips were no longer authorised by Morocco. The fact that there are no boats available means that citizens cannot leave or enter Morocco with their vehicles.

Morocco had already started its fight against smuggling from Ceuta before the pandemic. In October 2019, it closed the way to irregular merchandise trade. The Ceuta Confederation of Entrepreneurs (CEC) described the measure in a report as an “economic disaster for both parties”.

Spain has asked the Moroccan Foreign Ministry if the closure of the borders with Ceuta and Melilla is due to health reasons, without obtaining any response.

Relations with Morocco worsened in April this year after Spain welcomed Brahim Gali, the leader of the Polisario Front, to recover from Covid. The Foreign Minister who authorised his entry, Arancha Gonzalez Laya, was removed from office by President Sanchez in July. His replacement, Jose Manuel Albares, has not yet been received in Rabat, as reported by elpais.com.