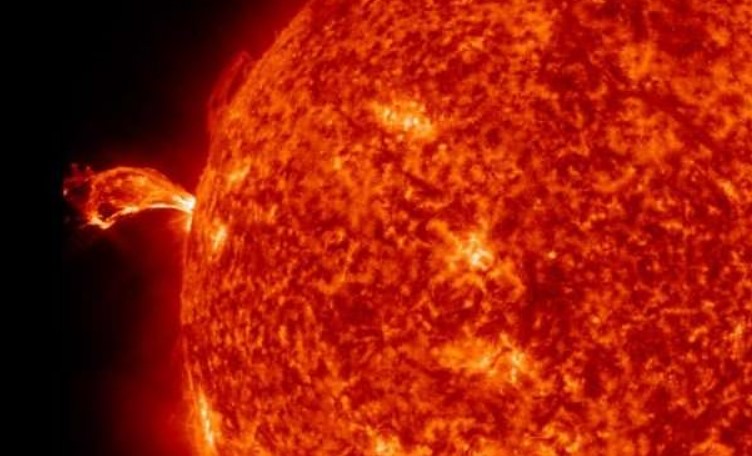 Experts at NASA are warning of a “significant solar flare” that they are predicting will enter the Earth’s atmosphere on Saturday or Sunday, and will make a “direct hit” on our planet. This type of occurrence can cause widespread power outages and communication failures. It was reportedly recorded breaking away from the Sun by NASA scientists on Thursday, October 28.

Solar flares are categorised according to their strength. This one is apparently an X1 class, the weakest of the X class, but, according to the U.S. Space Weather Prediction Center (SWPC), it has already caused temporary, but strong, radio blackout in parts of South America.

Classified using a letter system, the flares are made from massive radiation eruptions from the Sun, that then shoot out into the atmosphere containing charged particles. C-class are the weakest ones, followed by M-class, and finally, the strongest are the X-class. As NASA explains, “An X2 is twice as intense as an X1, an X3 is three times as intense”.

Despite being the weakest in its X-class, the flare heading towards us can still most likely cause havoc by interfering with satellite and radio communications. Some flares are accompanied by coronal mass ejection (CME), which is a charged mass of solar particles. The one headed our way does have CME and is estimated to be travelling towards Earth at 1,260km/s.

Harmful radiation from a flare cannot pass through Earth’s atmosphere to physically affect humans on the ground, however – when intense enough – they can disturb the atmosphere in the layer where GPS and communications signals travel.

These flare eruptions are going to be occurring more says NASA, as the Sun is currently going through the start of a new 11-year solar cycle. The Solar Orbiter is positioned in space to observe these events. NASA scientists are hoping that by 2025 it will be in its scheduled place at 26 million miles distance from the Sun to witness the peak of the solar cycle, as reported by themirror.co.uk.