Nowhere to cremate the dead on La Palma 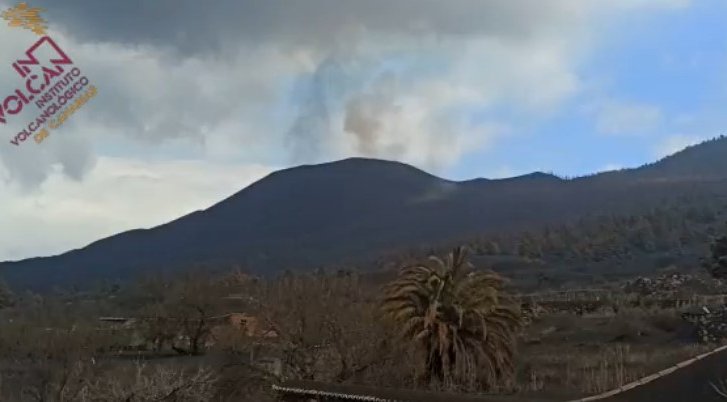 Nowhere to cremate the dead on La Palma

Thanks to the ongoing eruption of the Cumbre Vieja volcano on the island of La Palma, another problem has arisen. With All Saints Day almost upon us, residents of the island have discovered they can no longer cremate their dead. The Las Manchas cemetery stands in the middle of the exclusion zone between the municipality of Los Llanos de Aridane and El Paso, and has been inaccessible for weeks.

Baptised as ‘Los Angeles’, the cemetery is a few metres from the foot of the volcano, and, at least until now, it is still standing, thanks to a small mountain that serves as a shelter. With more than 5,000 graves and 1,000m² of surface, it is the only one on La Palma with a crematorium, now unused.

Those who can afford it are sending their relative’s coffin by boat to one of the funeral homes in neighboring Tenerife, and then bringing the ashes back in an urn to be buried. This is an expensive operation in every way, not just emotionally.

The second option is by airplane, which requires that the body be embalmed, and the coffin hermetically sealed, which considerably increases the cost of burial. In addition, funeral homes need a special Health permit for this.

Juan Antonio Perez Gonzalez, a native of Los Llanos, is the administrator, and one of the partners of ‘Palma Flor’. He has been supplying wreaths and flowers for funerals and burials in Las Manchas for years, but says he has never experienced anything like this before.

“Now, the funerals are shorter, they cannot last long. The other day, a funeral scheduled for 6pm was suddenly brought forward five hours. We had to telephone two clients to cancel their orders because we could not supply in time”.

The municipal cemetery of Tazacorte is receiving the surplus of graves of those who can not be buried in Las Manchas, their preferred option, but which is already unfeasible. Overlooking the sea, ‘Los Angeles’ is the largest cemetery in the area, with a capacity exceeding that of the other three combined.

Just three days before the All Saints Festival, Juan Antonio revealed how his business has been doubly affected by the Cumbre Vieja. Ash deposits have swallowed a little field in Las Norias where he grew roses to supply the store.

“I was able to enter twelve days after the forced evacuation, to water the farm, and I verified that nothing had survived” he explained. His house in Los Llanos is intact, although, he said, “if this continues, we will see what happens to it”, as reported by larazon.es.