Second-largest haul of cocaine seized this year in Valencia port 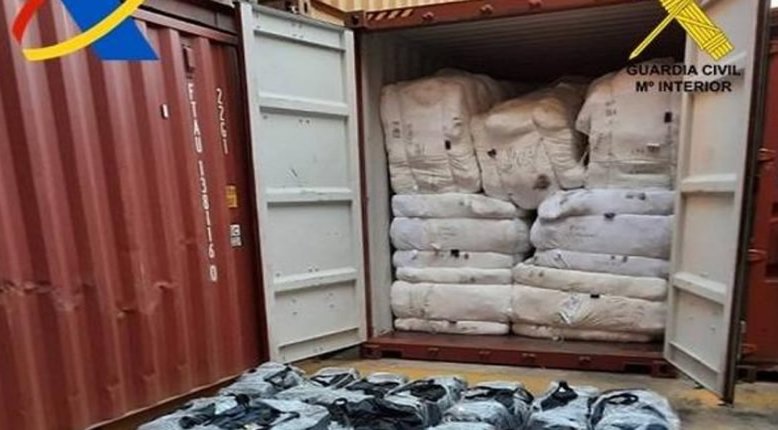 Second-largest haul of cocaine seized this year in Valencia port

In a joint operation between the Tax Agency and the Guardia Civil, 700 kilos of cocaine have been seized, that were hidden in a container in the Port of Valencia. The discovery was made last Tuesday 26, when one container was noticed whose doors were not closed properly with the correct type of seal.

Upon inspection, drugs officers immediately observed that there was a series of large black bags on top of the cargo of textile scraps, the kind that are frequently used to transport narcotics. The container had arrived in Valencia from El Salvador on board the MSC Giselle, with its final destination being the port of Sines in Portugal.

In total, officers found 21 of these bags, with a total of 700 kilos of cocaine, a drug cache worth an estimated €90 million. This cocaine seizure is the second-largest carried out this year in the Port of Valencia.

Known as ‘lost hook’ or ‘rip-off’, the method used to smuggle this cache of cocaine is so often used in commercial ports used by ships docking from South America. The drug traffickers put the drugs in the container at the port of origin or at an intermediate one.

This is always done without the knowledge of the importing company, which also operates internationally. Once the container is unloaded at any port of destination, the members of the criminal organisation are the ones who are concerned with salvaging the cocaine stash before that container runs its course to its final destination.

The Risk Analysis Unit of the Port of Valencia is a unit of mixed composition. It comprises members of the Office of Analysis and Fiscal Investigation of the Guardia Civil, plus Customs Surveillance personnel of the Customs and Special Tax Department of the Tax Agency.

This unit operates in the Port of Valencia analysing the traffic of goods. Its task is to select for inspection containers that may represent a certain risk, not only from drug trafficking, but also contraband, or any other type of fraud, as reported by lasprovincias.es.