The Barcelona businessman who sold his soul to the devil 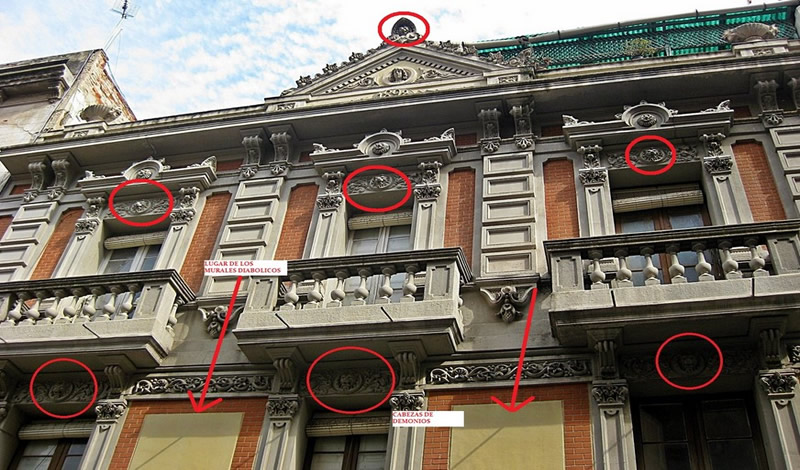 The Barcelona businessman who sold his soul to the devil. image: alex brown

The Barcelona District of Gracia was originally an independent municipality with an important gypsy colony, which is the setting for the following story, as surprising as it is legendary.

It is 1892, and our protagonist, the businessman Agustin Atzerias, lives at No20, Calle Josep Torres, the central nucleus of Gracia gypsy district. His business is doing more than well, and he is in a comfortable financial situation, which allows him to commission some costly and ambitious renovations to his home.

But misfortune (perhaps because of the context, we can speculate on a gypsy curse) struck Atzerias and all his businesses, which soon became unprofitable until they were dangerously close to bankruptcy.

Overwhelmed by financial problems, and with the imminent and costly refurbishment threatened by the lack of liquidity, he decided to make a pact with the devil, and allegedly he sold his soul, in exchange for the money he lacked.

As a result of this pact – or was it simply by chance – Atzerias achieved his goal, and won a surprising first prize in the lottery, with which he was able to finish his reforms, and clean up his finances.

But Atzerias, more than grateful, was not content with surrendering his soul eternally, so he decided to pay homage to the devil by placing discreet devil’s heads above all the doors and windows, together with large murals with infernal scenes as decoration on the facade.

Needless to say, this never met with the approval of his neighbours, but Agustin did not remove a single decorative element from that house, which, according to him, he had managed to reform thanks to the devil’s help.

More than 100 years have passed since then, and although the house still exists, and is still known among the old people of the place as the Devil’s House, not a single one of the murals remains, all worn away by the sands of time. But, the small Beelzebub heads that crown the doors, threatening or tempting with their gaze anyone who passes through the Calle de Torres in the middle of Gracia gitana, do remain today.