Yellow weather warning for most of Andalucia this Sunday 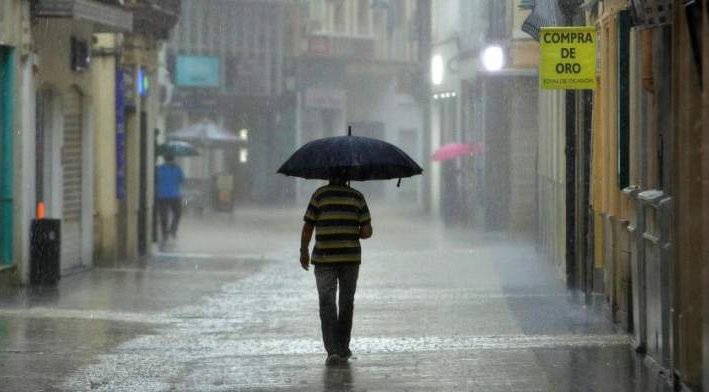 Holy Week in Spain to begin with rain and low temperatures. image: flickr

AEMET, the State Meteorological Agency has activated the yellow weather warning for strong winds and rain in most parts of Andalucia this Halloween, Sunday, October 31. Cadiz, Almeria, and Granada are reportedly most likely to suffer the worst of the weather pattern.

In general, cloudy or overcast skies are expected with widespread rainfall, tending to decrease in the afternoon. In the Baetic system, the rain may be locally heavy and persistent, while in coastal parts of Almeria, it could be weak and occasional.

Temperatures will rise slightly in the Community, except for the minimum temperatures, and will remain unchanged in the western half. Winds will blow from the west or southwest, and will be strong with very strong gusts on the Almeria coast and eastern highlands.

In Almeria, the Aemet warning will remain in force throughout the day, and also for strong gusts of wind from 10am to 4pm hours on the coastal areas, the Almanzora valley, and Los Velez. Granada could experience strong gusts along the coast, while in Cadiz, the warning is for rain, especially in the Sierra de Grazalema, which should continue until around 8am on Monday morning.

Strong winds from the Atlantic will leave heavy rainfall in most of Spain this Sunday 31, which will put eleven provinces of Castilla y Leon, Castilla-La Mancha, Extremadura, and Andalucia at risk (yellow), or at significant risk (orange), and Andalucia will also have a warning for winds and heavy swell.

In addition, Aemet has warned of heavy rainfall in Avila and Toledo, plus their neighbouring provinces, which could accumulate up to 80 litres/m² in 12 hours. Avila, Salamanca, Ciudad Real, can see as much as 70 litres/m².

60 litres/m² is expected in Caceres, and around 40 litres/m² in 12 hours in the provinces of Cuenca, Albacete, Badajoz, other areas of Toledo, and in the Cadiz region of Sierra de Grazalema.

Meteorology has given a yellow warning in Almeria province of strong winds from the west, up to 70 kilometres per hour. Waves up to three metres high can be expected as well.

Locally heavy and/or persistent rainfall will affect the south of Galicia, north of the southern plateau, south of Castilla y Leon, and some mountainous areas of Andalucia.

There will also be intervals of strong winds on the eastern coast of Andalucia and in the mountain ranges of the southeast and east of the Peninsula. In the Mediterranean, however, rainfall will be weak and scattered, and is not expected in the southeast of the peninsula or in Melilla. In the Balearic Islands, the rain will be unlikely, while in the Canary Islands the day will be clear, with few clouds, as reported by diariosur.es.