New technology alerts drivers to the presence of cyclists 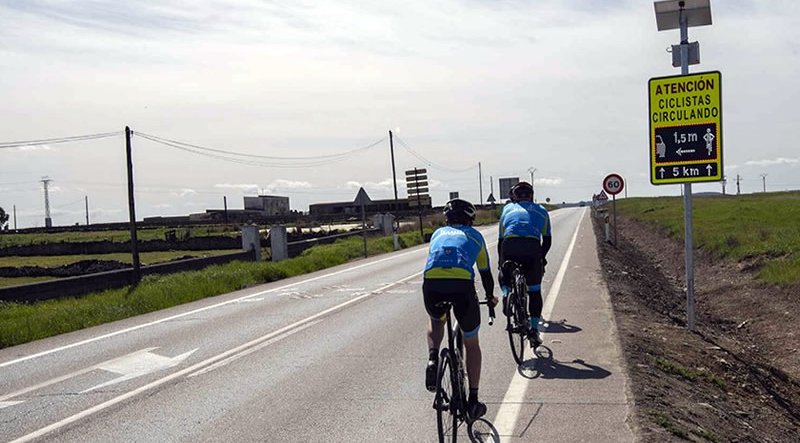 Data shows that the biggest cause of deaths among cyclists on Spanish roads is the distraction of drivers. The evolution of technology, and the digital transformation in which we are currently immersed can hopefully contribute to vehicles, cyclists, and pedestrians all living together safely on the road.

The bicycle is playing an increasingly relevant role in the future model of ‘smart cities’, and sustainable mobility. With this in mind, an Extremaduran company called Insegsa Ingeniería Preventiva SL, has successfully tested its artificial intelligence technology that warns drivers of the presence of cyclists on the road.

Its algorithms not only detect cyclists, but also process, control, manage and provide sensitive information in real-time. This technology is a very cost-effective alternative to traditional bike lanes, as it is proved to involve an investment of around 5 per cent of the cost of building such lanes.

The product, developed since early 2019, is tried and tested, and now just awaits approval of the public administrations to start installing its intelligent signaling systems on the Spanish road network. “Most cyclists have unpleasant anecdotes about traffic, in addition to the occasional incident”, said a spokesman for the company, adding, “Bike lanes are not practical due to their short length, and the general use that they are given”.

An Insegsa spokesperson explained, “This is how the light system, or active safety of the signal functions, warning of the nearby presence of the cyclist, while passive safety, with the fixed text and the safety distance, warns that the section is frequented by cyclists”.

Last March, a test phase was successfully carried out on the CC-38 highway, the link between Caceres and Casar de Caceres. This is a road with a high daily average intensity of vehicles (IMD), a shoulder width of just one metre, and frequented by cyclists, “which made it an ideal section to test the intervention capacity of this signaling system”.

During these tests, two direct repercussions of the signaling system on driving were found. On the one hand, drivers slowed down “when the system was activated, compared to when it was not”. Secondly, there was a “correct overtaking in a generalised way by drivers to cyclists, who made use of the opposite lane, in compliance with the correct visibility measures and a minimum separation of 1.5 metres”.

The Extremaduran company has already garnered recognition for its technology. On October 26, they collected the 2019 Prize for the Promotion of Health and Safety at Work. This was presented by the Junta de Extremadura, but had not been awarded until now, due to the pandemic, as reported by elespanol.com.