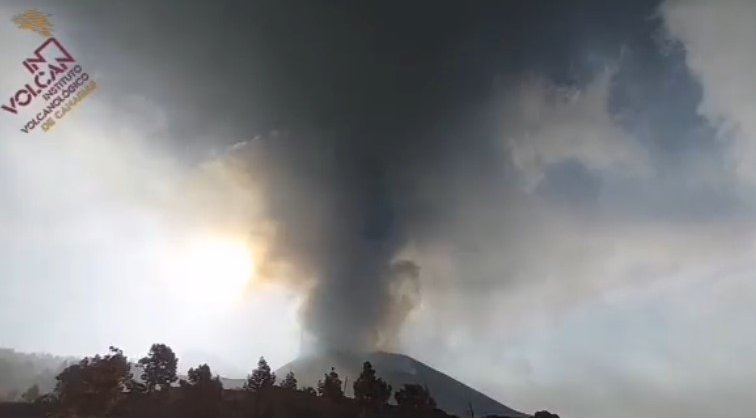 Miguel Angel Morcuende, the technical director of Pevolca, the Volcanic Emergency Plan of the Canary Islands has recommended that residents of five municipalities do not go out on the street. This is due to an increase in the production of lava by the Cumbre Vieja volcano.

Moncuerde pointed out at a press conference that the lava streams are flowing with more intensity, and greater fluidity. The new streams are now feeding into the previous pouring areas, identified as 3 and 9.

Air quality on the island is not at an unacceptable level yet said the director, as the threshold for sulphur dioxide levels has not been exceeded. He did acknowledge though that there has been a “clear problem” with suspended particles in the last few days. This is most noticeable above all in the municipalities of Valle de Aridane, which are Los Llanos, El Paso, and Tazacorte, as well as in Puntagorde and Tijarafe.

He explained that as long as the wind remains blowing from the south and southwest then it will be necessary to use an FFP2 mask on the street. “The best thing is to stay at home”, in those five municipalities he pointed out. Particularly sensitive people should also wear some form of glasses as well if they go out, he said.

According to data from the Canary Islands government, the high presence of PM1O particles in Los Llanos de Aridane has made the air quality “extremely unfavorable” in that municipality.

Maria Jose Blanco, the director of the National Geographic Institute (IGN) in the Canary Islands and spokesperson for the Pevolca Scientific Committee, stressed that in the last 48 hours, a considerable volume of ash has been emitted into the atmosphere. Specifically, the entire western sector and northwest of the island of La Palma have been covered in ash deposits.

She indicated that this phenomenon has been accompanied by audible explosions of great intensity, and pointed out that this episode could be caused by an intense degassing process, as reported by 20minutos.es.