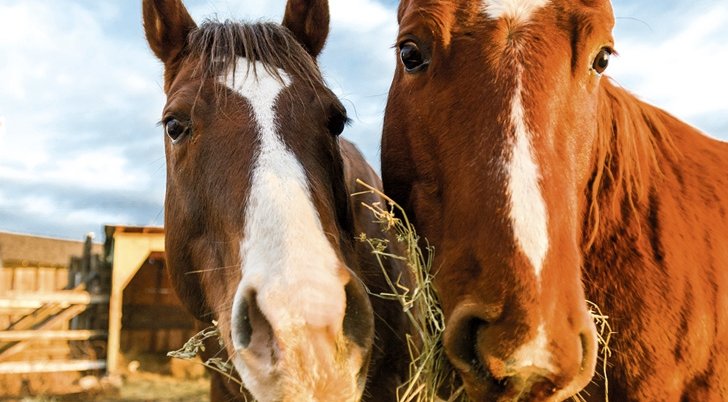 A 24-year-old woman has been convicted in Palma for pretending to be a vet and falsely performing treatments on horses.

Palma’s Court has convicted a 24-year-old woman for professional intrusion who is accused of carrying out diagnoses and providing care to at least three horses with ailments without having the qualifications required to exercise the veterinary profession.
This was corroborated by the investigations carried out and the subsequent report by the Guardia Civil.
The Court considered the facts, which occurred during the first months of last year and were reported by the Official College of Veterinarians of the Balearic Islands (COVIB), to be proven.
Based on this judicial resolution, the accused was sentenced to pay a fine of €3 per day for a period of four months, as well as the payment of the costs of the proceedings.
According to the sentence, the 24-year-old provided treatment to at least three horses owned by a private individual, one of which showed changes in the navicular bone, on several occasions during the first months of 2020.
The defendant used lasers and metal spikes, exerting pressure on different points of the tendons and muscles of the animals, performing manual manipulation and repositioning of vertebrae and joints.
For each of these treatments, the accused charged a fee of less than €100.
The COVIB filed the corresponding complaint when it became aware of these facts and its president, Ramon Garia, expressed his satisfaction with the conviction: “Although in this case, the fine is almost symbolic, anything that involves fighting intrusiveness, in any professional field, through the courts is good news.”
According to Garcia, in the case of veterinary medicine, “an erroneous diagnosis or inadequate treatment of an ailment due to a lack of qualifications can have dire consequences for the animal, and this is why it has become one of the great struggles of the profession.”
For the president of the Balearic veterinarians, these types of convictions “are also important so that both members and individuals who know of similar cases are encouraged to report them as they are not easy to prove and it is the only way we have to deal with them.”
Garcia recalled that over the course of the last few years, the justice system “has managed to impose several convictions in similar cases, thanks to the collaboration of the public.”