Britain can’t chop its own pork! 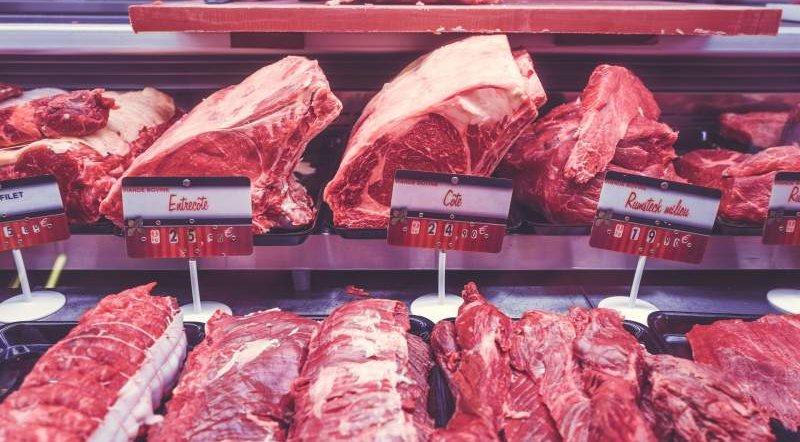 Would a tax on meat reduce consumption?

Meat is sent to EU for butchering amid worker crisis

Skilled worker shortages in the meat industry mean that British carcasses are being sent to the EU for butchering before being reimported for domestic sale. Beef producers are choosing Ireland for processing and packing, while pork packers are looking towards the Netherlands, as first reported by The Financial Times.

This lean towards the Netherlands has come even though the UK government had announced a post-Brexit immigration policy U-turn last month that would temporarily extend the seasonal worker visa scheme to include pork butchers. The policy U-turn was to try and prevent a cull of healthy pigs in farms across the country, due to a lack of capacity at abattoirs and processing plants. However, the culling has still begun, with 10,000 of the animals already killed according to the National Pig Association.

Farmers are still waiting to see the workers now allowed in on the new 6-month visas. They don’t expect them until the end of November at the earliest. There is space for 800 pork butchers to come into the UK, but uptake has been slower than thought. Another issue facing the pork producers is that any meat that has been exported to the EU to be processed cannot be labelled as British pork when it is reimported for sale.

“It’s a sign of how desperate things are getting,” says Nick Allen, the chief executive of the British Meat Processors Association. “On the beef side, the Irish have access to plenty of workers. They have been granting visa licences to do what we have been asking to do and bring in butchers from abroad. They have got the plants and they are approved for the supermarkets.”

At the current moment, meat is checked when it is exported to the EU, but not when it arrives into the UK due to a delay on the post-Brexit imports controls by the government. These have been delayed twice and will now begin in July 2022. “It’s not too bad at the moment because there are no checks coming into this country but once they start to do the checks it might not be such a good idea as a long-term solution, depending on how the customs work,” Allen said.

He also reiterated that the meat industry has been asking for these workers for a long time. “We have been saying we are between 10,000 and 12,000 short of these type of workers, 800 doesn’t go very far, it has been made very clear it is only for six months and they go again,” Allen said. “We are looking at 18 months or longer to train these people.”