Covid expert says no to boosters, instead ‘give to the third world’ 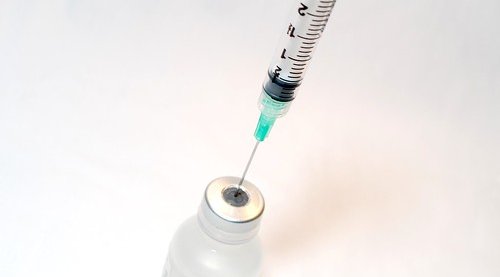 Fernando Simon, the director of Spain’s Centre for the Coordination of Health Alerts and Emergencies (CCAES) admitted that the health system in Spain only detected ‘one in ten cases’ during the first wave of the coronavirus pandemic. His new figures state that there were ‘2.3 million infections’ in the country during the spring of last year and not the ‘226,000’ the Ministry Of Health has declared.

The difference in the figures comes from the inability to carry out the vast number of tests needed due to a shortage in the supply. The majority of tests were exported from Germany and when they stopped sending the units out, the analysis could not be run. Once exports resumed, as did tests, and eight out of ten were positive.

According to Simon, the first wave of coronavirus in Spain was imported from Italy in three sections. “Three thousand Spaniards, mostly workers, who participated in Milan Fashion Week, from 18 to 24 February, followed by the Erasmus students returning home at the end of the same month, and 3,000 Italians who visited the Arco de Madrid fair from 26 February to 1 March.”

Foreign tourists were taken off the hook by the chief medical officer as he said the second wave was down to the easing of restrictions throughout Spain, not imported cases through travel. The third and fourth waves were not too much of an issue, and the fifth wave that we are seeing the tail end of currently was caused by end-of-year trips taken by the young.

Simon has said he doesn’t believe a third dose of coronavirus vaccine, known as boosters, is necessary “in general” because “it seems that immunity lasts for years”. He has strongly suggested those doses be given “to third world countries” instead.