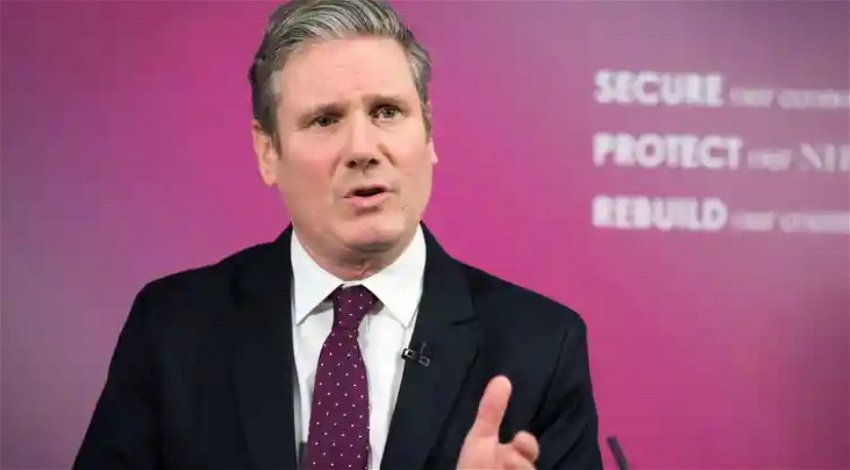 The Labour Party has been the victim of another cyberattack.

The Labour Party has been “hacked” again and fallen victim to another cyberattack with members’ data possibly breached.

Labour supporters have been contacted via email this afternoon, November 3, to warn them that their information stored by a third party could be compromised.

Labour has said that the breach has probably affected members, affiliate supporters and anyone else who has provided them with information.

The message said the party had been notified of the breach on October 29 by an unnamed IT firm.

It added: “The third party told us that the incident had resulted in a significant quantity of Party data being rendered inaccessible on their systems.”

“As soon as the Party was notified of these matters, we engaged third-party experts and the incident was immediately reported to the relevant authorities, including the National Crime Agency (NCA), National Cyber Security Centre (NCSC) and the Information Commissioner’s Office (ICO). The Party continues to work closely with each of these authorities.”

The NCA has confirmed it is leading a criminal investigation into the hack.

Labour’s statement continued: “The Party is also working closely and on an urgent basis with the third party in order to understand the full nature, circumstances and impact of the incident. The Party’s own data systems were unaffected by this incident.”

“We understand that the data includes information provided to the Party by its members, registered and affiliated supporters, and other individuals who have provided their information to the Party. The full scope and impact of the incident is being urgently investigated.”

“The Party takes the security of all personal information for which it is responsible very seriously. It is doing everything within its power to investigate and address this incident in close liaison with law enforcement, the Information Commissioner’s Office and the affected third party.”

This isn’t the first time the party has been hacked. In August last year, it notified supporters that a company called Blackbaud, which is one of the party’s suppliers, had “been the victim of a sophisticated ransomware attack, which occurred earlier this year.”

Sensitive information such as names, email addresses, telephone numbers and details of annual donations were stolen.

In that incident, Blackbaud paid the ransom and was assured that the data had been destroyed.”

An NCA spokesman said about the latest hack: “The NCA is leading the criminal investigation into a cyber incident impacting on the Labour Party.”

“We are working closely with partners to mitigate any potential risk and assess the nature of this incident.”

An NCSC spokesman added: “We are aware of this issue and are working with the Labour Party to fully investigate and mitigate any potential impact.”

“We would urge anyone who thinks they may have been the victim of a data breach to be especially vigilant against suspicious emails, phone calls or text messages and to follow the steps set out in our data breaches guidance.”

“The NCSC is committed to helping organisations manage their cyber security and publishes advice and guidance on the NCSC website.”