Shocked man discovers his house has been ‘stolen’ and sold 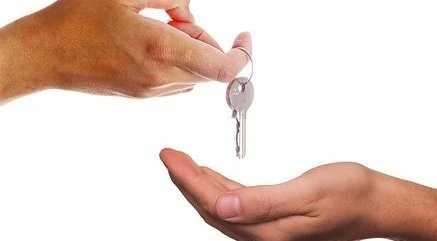 A neighbour rang Mike Hall to warn him that somebody was in his house in Luton. When he returned home he discovered that his home had been sold without his knowledge.

Mike made the discovery in late August. A builder was already inside working on the house and the locks had been changed when Mike arrived home. It is not clear how long Mike had been away from the house.

All of Mike’s possessions had been stripped out of the house including carpets and curtains. Mike called the police. The new owner’s father made an appearance at the house when the builder fetched him.

He greeted Mike telling him that he was trespassing and that he needed to leave.

“I pushed him [the builder] to one side and got in the property. I really didn’t know what he was doing there.”

The BBC investigated as part of the BBC You and Yours programme. They discovered that the house had been sold using a fake bank account and a duplicate driving licence.

According to the BBC, the police are now investigating after they initially said that the case was not one of fraud.

Mike commented: “I was shocked – having seen the house in the state it was, I was in a bit of a state of shock anyway.

“But then to be told by the police they didn’t believe a criminal offence had been committed here was just unbelievable.”

Even the Land Registry shows that the ownership of the house has changed.

Last year around £3.5 million was paid out in compensation by the land Registry for property fraud.

The Land Registry commented: “We work with professional conveyancers, such as solicitors, and rely on them and the checks that they make to spot fraudulent attempts to impersonate property owners.

“Despite our efforts, every year we do register a very small number of fraudulent transactions.”

Detective Inspector James Day is part of the Bedfordshire Police Serious Fraud Investigation Unit. Speaking to The Mirror he said: “We were made aware of a report of identification fraud on 20 August 2021, which resulted in the fraudulent sale of a three-bedroom house in Luton.

“An investigation has been launched and we are currently following several lines of enquiry, whilst supporting the victim involved.

“We recognise the distress that incidents like this can cause victims and we have taken steps to improve our response to these types of incidents in Bedfordshire, including establishing our new Serious Fraud Investigation Unit in April of this year.”